This year the month of April was set aside for our annual pilgrimage to the Washington DC area to visit our children and friends from those many years we spent there. As always, we had a wonderful time re-visiting favorite sites and discovering some new ones. We never tire of the wide choice of museums in Washington and marvel at the fact that they continue to be free (in Europe we pay). On several occasions we have come across treasures from American museums right here in Aix-en-Provence, during major exhibits on CEZANNE and PICASSO in the local Musée Granet that contained loans from the National Gallery and other American collections. A reminder that Americans often appreciated French masters (notably the Impressionists and Cézanne) before the French did. 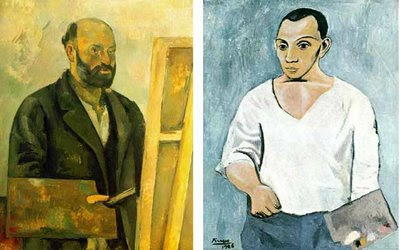 Guess what's getting popular in France? Cupcakes, that's what! Apparently the TV show "Sex and the City" had something to do with that, and since its introduction in Paris last year the little cupcake now has its very own little shop in Aix-en-Provence where two young sisters bake and sell "le cupcake" they got to know on their trips to the United States. On Saturday mornings they even have a stand at the market where they do brisk business in this novelty. 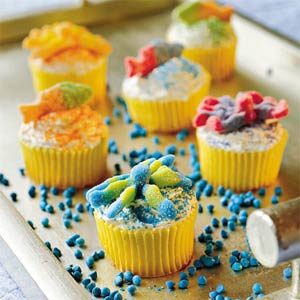 Back to French food, here's an easy recipe:
Brandade de Morue (Cod Fish Spread)
Cod is a fish of the Atlantic and the Pacific oceans. Dry salted cod was shipped from Portugal to the Caribbean to feed the plantation slaves, and has become popular along the Mediterranean.
Fishmongers often carry two kinds of salted cod: the mildly salted kind that is less dry and only requires one or two days for desalting, and the traditional dry salted cod, stiff as a board, that takes at least three days to be desalted before cooking. Either of these kinds of salted cod is suitable to make brandade de morue. As with so many traditional recipes, there are two schools for preparing brandade -- with and without potatoes.
Preparation:
Start by desalting the fish. Soak it in the sink or in a large pot of cold water, changing the water frequently, for two or three days depending on the type of cod. Once desalted, put the cod in a large pot and cover it with water (or with milk) and gently boil it until it flakes easily with a fork (about 20 minutes). Drain it, let it cool, and puree it (in a mortar or a blender) together with as much garlic as you like, adding olive oil and milk (or, if preferred, some cream) until it has the consistency of a thick mayonnaise. Adding boiled potatoes helps achieve a creamy consistency (you may wish to experiment preparing brandade with and without potatoes).
Serve on slices of toasted bread or baguette, with a fresh rosé wine.
Click here to see more recipes in Taking Root in Provence.
Posted by Anne-Marie Simons at 12:36 PM No comments: