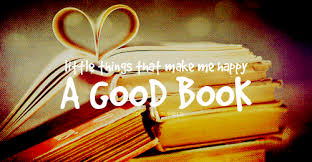 September saw the first stirrings of the presidential primaries for the upcoming elections in March 2017. To date, a dozen candidates are on board with promises, programs and reasons why they can do better than current president François Hollande who has little or no chance to be elected to a second term. Nothing as exciting (or frightening) as the Clinton-Trump contest in the United States, of course, and a good thing too because I would have been unable to cover any of it due to computer problems.

I suffered not one but several virus attacks, which resulted in the loss of two months of work that even the young geniuses at my local Apple store could not recover. They did, however, "clean me up" and taught me a few defensive tricks I should have known long before.

So here we are again, happy to report that in a few days Aix-en-Provence will celebrate its 33rd Fête du Livre, with Arundhati Roy, Indian author of "The God of Small Things," as guest of honor. This three-day literary event is close to my heart, and has brought me face to face with a number of Nobel-prize winners and other great writers.

Since I still have a lot of catching up to do, I hope that you will forgive me this time for reprinting here a story I wrote in late 2014, when Mario Vargas Llosa came to town.

AIX-EN-PROVENCE − Every city has its best-kept secret. In Aix-en-Provence, a culturally rich town in the south of France widely known for its international opera festival, that secret is undoubtedly the annual Fête du Livre, when during three days in October major writers, including many Nobel Prize winners, come and discuss their work with an avid local public.

How does this town of barely 140,000 people manage to convince an international elite of writers from all over the world to come and share their work through conferences, round-table discussions, documentary films, readings, and sometimes master classes? Meet Annie Terrier, 73, founder, soul and driving force of La Fête du Livre, who with the tenacity her last name implies has battled for over 30 years to realize her dream of bringing foreign writers to France through her creation of Ecritures Croisées − the introduction and cross-pollination of foreign literature in France.

In 1983, with little money but a great deal of determination, she organized her first event, entitled Mille et Un Livres, bringing a large group of French writers and small publishers together in a borrowed space in a local school. The next year she moved beyond France and invited German-language writers, subsequently writers from all over Europe, and in 1986 she went trans-Atlantic with guests such as James Baldwin, Grace Paley, Jerome Charyn and others. Meanwhile she had found a new shelter in the local Court House, the Fête's home for the next eight years until the mayor's office finally granted her a permanent address at an abandoned match factory in town which had been converted into a cultural center that would also house the municipal library. In 1988, she landed Octavio Paz, her first big fish, which cemented the growing reputation of La Fête du Livre as an important literary event. Paz, who received the Nobel Prize in 1990, would be her first Nobel laureate, Mario Vargas Llosa would be her tenth.


She uses her limited budget (made up of city, regional and State subsidies) and her even smaller staff to maximum effect. Boosted by her past successes she spends little or nothing on publicity and calls on unpaid volunteers from time to time. "It keeps Ecritures Croisées small and independent," she says. "I can invite who I want." She begins by sending a letter of invitation to the writer of her choice, and once this is accepted she will visit him or her to jointly work out the program. This has taken her all over the world, including India (Satyajit Ray), Nigeria (Wole Soyinka), South Africa (Coetzee), Japan (Oé), and repeatedly North and South America. [When Satyajit Ray died suddenly just months before his scheduled appearance in 1992, his widow and son attended the Fête du Livre's homage to Ray's work as a writer and filmmaker, in the company of a dozen Indian writers.]

Asked to name a favorite, Ms. Terrier answers that she appreciated them all for different reasons but singled out Satyajit Ray as mythical and, with a wink, called Philip Roth "l'homme de ma vie" for his particularly warm welcome in New York and in Connecticut. Roth was the first to propose a master class.

Some years, the authors are backed up by music, art, or photography of their country. In 2001 Toni Morrison brought along soprano Kathleen Battle, in 2004 Russell Banks brought Patti Smith (both singers gave a performance), and Günter Grass brought a collection of his own drawings and sculptures.

An important distinction from other literary events is that La Fête du Livre is not a book fair and has no commercial backing. Even though the authors' books are available for sale, the primary purpose of this event, says Annie Terrier, is to present a foreign author and his oeuvre, be it in a cultural or a geopolitical context. Her literary erudition and strong personal commitment are persuasive forces, and no invited author has ever turned her down.

After Mario Vargas Llosa roused an enthusiastic audience to its feet at the closure of the Fête du Livre of October 2014, a happy Annie Terrier took a few days off before starting work on next year's program. No word on the next guest of honor, nor on her retirement. "I love what I am doing," she says, "and will keep at it until they stop me." Good news for Aix-en-Provence. 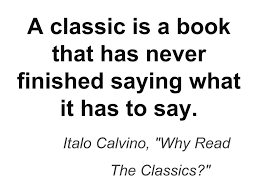 Posted by Anne-Marie Simons at 6:03 AM No comments: