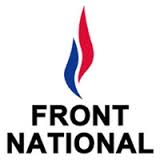 On Sunday, December 13th, a collective sigh of relief could be heard in France as the results of the second round of voting in the regional elections was announced. Just one week earlier, the extreme-right Front National party of Marine Le Pen had scored a stunning victory over its two main rivals, the conservative Les Républicains party of former president Nicolas Sarkozy and the Socialist party of President Hollande. Bolstered by the recent terrorist attacks in Paris, Le Pen's anti-Muslim, anti-immigrant, anti-European Union rhetoric found a new audience with nervous or undecided voters disappointed by their own parties and disheartened by continued high unemployment and a stalled economy. Suddenly, it was no longer unthinkable that Le Pen would be a serious presidential candidate in 2017, an unpalatable scenario for the mainstream. 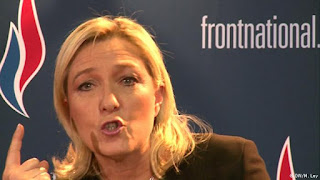 From its weak third-place position, the Socialist party leadership then took the decision to withdraw its candidates in several key regions and urged voters there to massively support the conservative Republican party against the far right. The tactic worked and Les Républicains, with heavy socialist backing, won the second round. Moreover, the Front National, which had captured six of the thirteen metropolitan regions of France in the first round, lost all of them in the second round.

An angry Marine Le Pen called this tactical voting scheme "intellectual terrorism by the political mafia" and vowed to be back, recalling her party's strong score in the first round and the more than six million votes it had gathered. Relieved by the final outcome, French Prime Minister Manuel Valls nevertheless cautioned against triumphalism and warned that "the danger of the extreme right is not averted," yet expressing confidence that next time voters could again vote FOR a party, not against one. 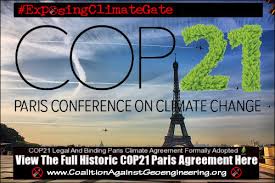 This 'happy ending' came on the heels of the jubilant conclusion of the UN Conference on Climate Change in Paris, where nearly 200 governments had just reached a landmark agreement to cut greenhouse gas emissions and limit global warming, spelling the end of the fossil fuel era. It took thirteen days (one more than planned) of tough negotiations, sleepless nights, a nail-biting finale and all the diplomatic skills of conference president Laurent Fabius, France's foreign minister, to get the agreement adopted.

In 20 years of UN climate meetings, the COP21 had set the most ambitious goals and succeeded beyond expectation: to limit global warming to "well below 2° C" and, in a concession to the most vulnerable countries, to pursue efforts to keep temperatures to 1.5° C above pre-industrial levels − with an ultimate goal of bringing the temperature rise down to zero by mid-century. It also included demands for regular five-year reviews of emissions reductions, and agreed on a fund of $100 billion a year by 2020 from public and private sources to help developing countries in their transition to a clean-energy economy. Although the agreement is legally binding, the matter of funding is not. 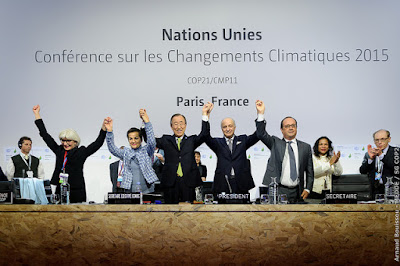 Last-minute objections to the text involved details of translation, typos, and a demand from the United States to replace the word "shall" by "should," thereby weakening the text but avoiding the need for approval from the US Congress where it would likely have been rejected. The masterful management and shuttle diplomacy of Laurent Fabius kept the final discussions from derailing and as soon as consensus was reached and his gavel came down, there followed an explosion of joy with shouts, hugs, fist pumping, and a few tears. The tension was finally broken and even the leaders on the dais, including Ban Ki-moon, let loose with a volley of whoops and hugs. 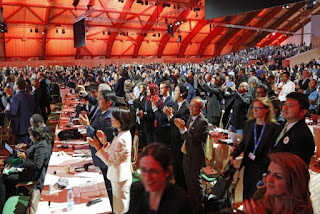 Much of the credit for the success of COP21 went to Laurent Fabius, but equal kudos should go to the City of Paris where Mayor Anne Hidalgo and her team faced the daunting challenge of protecting numerous heads of state, government ministers and VIP's as well as thousands of international delegates during several weeks. And that, less than a month after the terrorist attacks in Paris that left 130 people dead and hundreds more wounded. France was still on maximum alert, but only full cooperation between city management and all the security forces involved could guarantee safety. Paris rose to the challenge and delivered beautifully. Bravo!

The long-playing saga of colorful French businessman Bernard Tapie may finally have run its course when on December 3rd the Paris court of appeals rejected Tapie's arguments and ordered him to repay his arbitration award of 403 million euros to the State. In 1994, Tapie had filed suit against the partly State-owned Crédit Lyonnais bank for fraudulently undervaluing his Adidas sportswear company when he had to divest himself in order to be named a government minister (see blog of 2/28/2015). The decades-old case has tainted several members of the Sarkozy government and may yet claim another victim today: Christine Lagarde, presently head of the International Monetary Fund. 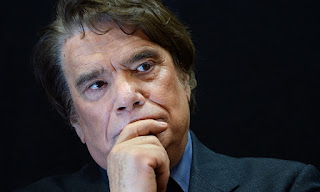 In 2007, after nearly fourteen years of litigation against CL, Bernard Tapie approached Christine Lagarde, then Finance Minister under President Sarkozy, requesting that his case be settled by arbitration to speed up the outcome. She accepted and three private arbitrators were selected by the parties involved. This arbitration panel judged in favor of Tapie and awarded him €403 million in damages and interest. Christine Lagarde accepted the decision and signed off on the payment, made with public funds (the CL having gone bankrupt) and causing a public outcry.

Among rumors of manipulation of the arbitration, Jean-Marc Ayrault, leader of the opposition and later prime minister of Socialist president François Hollande, claimed the arbitration was rigged as a reward for Tapie's support of candidate Sarkozy in his presidential campaign. The Socialists demanded a formal investigation. 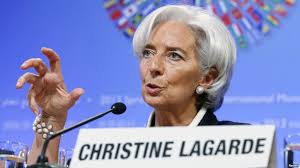 In May 2013 Christine Lagarde was questioned by prosecutors about her role in the matter of the Tapie arbitration. She was cleared of any charges but was placed under the status of témoin assisté, an obligation to remain available for further questioning if needed. Her chief of staff at the time of the arbitration, Stéphane Richard, was placed under formal investigation on suspicion of organized fraud.

In February 2015 the Paris appeals court annulled the arbitration panel's ruling and in early December 2015 a court ruled that the Crédit Lyonnais had not undervalued Adidas which it sold at the then market value, based on information that was available to both CL and Mr. Tapie. Tapie should therefore not be compensated for the sale and is ordered to repay the arbitration award of €403 million plus interest. 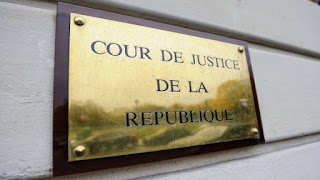 Days later, the Court of Justice of the Republic (CJR), which handles criminal cases involving government officials, charged Ms. Lagarde with "negligence by a person in a position of public authority" in connection with the arbitration. If convicted, she could be sentenced to one year in prison. Her lawyer called the court's decision "incomprehensible" and will recommend that she appeal.

While the IMF spokesman said that the organization "continues to have confidence in the managing director's ability to effectively carry out her duties," the court's decision to have her stand trial comes at a bad time for Lagarde, 59, whose term as IMF's managing director ends in July 2016. It was widely expected that she would run for a second term.

In a final twist, Bernard Tapie, 72, who two weeks ago said he was ruined by the court's decision and unable to pay back the arbitration award, made a surprise announcement in yesterday's Journal de Dimanche: he is returning to politics. To stop the rise of the Front National, he says, and to deal with youth unemployment. He wants to make youth unemployment illegal and promised to have a proposal ready before the end of January 2016 to "get all unemployed 18- to 25-year-olds into work."

With his roller-coaster career, his bigger-than-life personality and matching lifestyle, his rock star looks, his gutsy gambles, he has succeeded and failed in almost equal measure but has always managed to bounce back. His been-there-done-that resumé (former singer, actor, TV producer, football club owner, government minister, jailbird, tycoon) suggests he won't stop there.

Can he make it back this time? Why politics? A diversionary tactic while he tries to save what he can? We'll have to wait and see as he strings us along like voyeuristic spectators at a slightly off-color show. Watch for the sequel.

... And suddenly, it's nearly Christmas and more important things are claiming our attention. What are we going to EAT? Food talk is in the air, not to mention on TV and in newspapers and magazines. Exotic recipes, sumptuous desserts, once-a-year luxuries are the new standard. Home decoration is way down the list, and Christmas cards have disappeared from the French landscape.

As I slowly shift into year-end gear, I wish all of you the Christmas of your dreams and

PEACE FOR ALL IN THE NEW YEAR.

Posted by Anne-Marie Simons at 12:38 AM No comments: