Remember the Bettencourt case (blog 2/28/15) and some of its players?  Françoise Meyers-Bettencourt, only child of France's richest woman Liliane Bettencourt, filed a complaint against Mrs. Bettencourt's close friend and confidant François-Marie Banier for abuse of weakness when she discovered that her elderly mother had given him gifts valued at more than one billion euros and at one point named him her sole heir. In his defense Banier said that Mrs. Bettencourt was a very generous person who liked him and could do with her money as she pleased. Last week, the court disagreed, finding that Banier had exercised undue influence on a mentally fragile person and sentenced him to three years in prison (six months suspended), a €350,000 fine, and reimbursement of €158 million to Bettencourt.


In all, ten people of Mrs. Bettencourt's entourage had been charged and eight were found guilty, among them Patrice de Maistre and Pascal Wilhelm, Mrs. B's financial advisers, who were given 18-month sentences and fines. The charges against former Budget Minister Eric Worth of obtaining illegal cash contributions for the presidential campaign of Nicolas Sarkozy in 2007 were dropped for lack of evidence.

In another courtroom, this one in the northern city of Lille, former IMF Director Dominique Strauss-Kahn was cleared of all charges of aggravated pimping in the so-called Carlton Affair. After four long years of legal battles following his arrest for sexual assault at the Sofitel Hotel in New York in May 2011, DSK was finally a free man.

Aged and beaten-looking today, he has paid dearly for his sins:  he lost his job at the IMF as well as his chance of winning the French presidential election in 2012 for which he was poised; his wife, wealthy and popular French journalist Anne Sinclair, left him in 2013; much of his fortune went to pay lawyers' fees and a financial settlement to his New York victim, and he suffered heavy financial losses in an investment firm he had founded with a partner who bankrupted the company and then committed suicide. Today he looks far older than his 65 years, burnt out and burnt up in the sordid and humiliating blowup of a brilliant career in politics and finance. Icarus revisited. 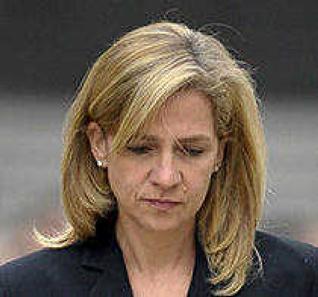 Princess Cristina, youngest sister of King Felipe of Spain, has suffered another setback in the corruption scandal in which she and her husband, former Olympic handball medalist Iñaki Urdangarin, are accused of embezzling €6 million from a charitable foundation (blog 12/3/14). In November 2014, she appeared before a judge in Palma de Mallorca who rejected her argument that she knew nothing about her husband's business dealings and trusted him implicitly. Judge Jose Costa found that she had personally benefitted from the embezzlement and ordered her to stand trial, together with her husband, on charges of tax fraud. The trial, in which Urdangarin is also accused of money laundering, is scheduled to take place at the end of this year in Palma de Mallorca.

In an effort to distance himself from this situation and the fallout of his father's scandal-plagued late reign and sudden abdication in 2014, young King Felipe, who had vowed to restore public trust in the monarchy, has now revoked the title of Duchess of Palma de Mallorca that was bestowed on his sister Cristina at the time of her marriage in 1997. Urdangarin automatically lost his title of Duke at the same time. If convicted, Cristina could face up to four years in prison, while her husband may get up to 19 years. 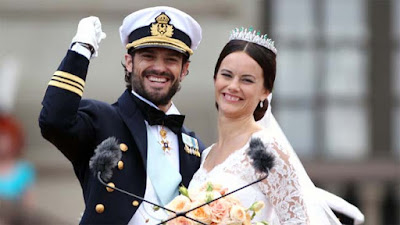 More cheerful news reaches us from Sweden, where on June 13th Prince Carl Philip Bernadotte, youngest of King Carl Gustaf's three children, married his Swedish girlfriend Sofia Hellqvist. Like his father and his two older sisters before him, he married a commoner, upholding the growing trend that has been injecting non-royal blood into most present-day European monarchies. Whereas Germany used to furnish a seemingly inexhaustible supply of princes and princesses to marriageable royal candidates, today's crop of future kings or queens has been looking elsewhere and choosing from a wider pool.

Cases in point: King Willem-Alexander of the Netherlands married Argentine economist Maxima Zorreguieta who today is the most popular queen Holland has ever known; King Felipe of Spain married television journalist Letizia Ortiz; Crown Prince Frederik of Denmark married Australian lawyer Mary Donaldson; Crown Prince Haakon of Norway married single mother and fellow Norwegian Mette-Marit; Prince William of Great Britain married Kate Middleton. All these young women are or will be queen one day, proving that one need not be born to the job − or that the job is rather irrelevant.

At one time, royal marriages were a matter of forming political alliances, but today's young couples are willing to forego the throne to marry for love. In the constitutional monarchies where present-day royals play a largely ceremonial role, there is little reason why fresh blood should not mingle with stale blue blood. And do we really care who marries whom up there, when it is our representatives in Parliament who decide our future?

(Confession: I would miss the glorious royal weddings on television, having relished those of Kate and Maxima. Yum-yum).

Another couple frequently in the news is President François Hollande and his former partner-in-life Ségolène Royal. Joined in politics for over 30 years but never in matrimony (though parents of four children), they split up when Hollande took off with Valérie Trierweiler with whom he lived a very public break-up in 2014 at her discovery of his secret romance with an actress (blog 1/30/14). Ségolène Royal, meanwhile, had been defeated in her run for senator and been politically marginalized. While the man who wished to be a "normal" president was living an abnormally complicated love life in the glare of the press, exit Trierweiler from the scene and, before long, re-enter Ségolène Royal after President Hollande saved her from the political wilderness and appointed her Minister of the Environment. Not only is Royal back in her element of high-level politics but also by the side of François Hollande. She recently accompanied him on official visits to the French Caribbean and to Manila, and acted as First Lady when she and the president welcomed the king and queen of Spain during their State visit to France on June 2nd. As a duo Hollande-Royal form a formidable whole that is stronger than its individual parts − at least in politics. After her painful personal and political repudiation, Royal is back on top, and together they seem just like other "normal" people who find it difficult to live with but also without each other.

LE BAC AND PHILOSOPHY IN FRANCE 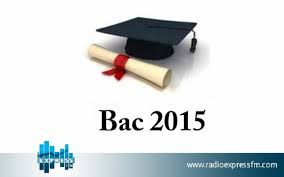 This week saw the beginning of the week-long final exams that conclude the six-year secondary education in France and leads to the Baccalaureate, popularly known as le bac, and access to university. The first of these standardized exams is Philosophy, which all students have to take and which is a uniquely French requirement. 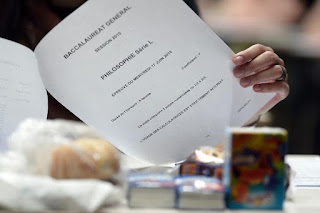 In French society philosophers or "intellectuals" occupy a special place and seem to be more visible than elsewhere. Ever since Descartes and the subsequent Age of Enlightenment, French thinkers such as Voltaire, Michelet, Rousseau, Comte or de Tocqueville have contributed greatly to Western intellectual thought. But according to a recent article in The Guardian, the days when France shaped the values of other nations are long gone and in the course of the 20th century, with the exception of Sartre, de Beauvoir, Lévi-Strauss and Foucault, France's influence on western philosophy has waned to a sputter and today carries little weight in the universe of creative international thinkers. In his article The French Malaise Oxford professor Sudhir Hazareesingh describes the progressive loss of intellectual creativity and imagination in France and the dimming of its radiance across the world over the past decades. Contemporary French thinking has become increasingly more inward-looking, he writes, which is explained at least in part by a collective recognition that France is no longer a major power and French no longer a global language. Historian Pierre Nora laments France's "shrinking horizons, the atomization of the life of the mind, and national provincialism". It's a long way from the self-confident mission civilisatrice in the colonies and "the deeply held belief of the beneficial quality of French civilization for humankind". 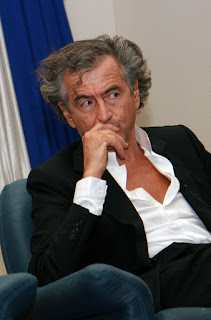 The most public of all French thinkers today is Bernard-Henri Lévy, one of the New Philosophers, a movement better known for what it rejects than for what it espouses. He is often seen and heard in the press, although hardly ever on philosophical issues, and with his glamorous wife, singer-actress Arielle Dombasle, is a regular of the Parisian beau monde. Always dressed in black suits and starched white shirts worn open way-way-down, he has been called le plus beau décolleté de France -- perhaps one reason why Hazareesingh in The Guardian calls him "a permanent spectacle of frivolity and self delusion".


……
A delicious sound calls me to the window where I hear a young voice trilling to a Haendel aria accompanied on the harpsichord. It's that time of the year in Aix-en-Provence, where the pre-opera season of master classes, open rehearsals, conferences and free concerts started a week ago.
I must go now, but I promise to be back to you next month with some up-close news from our opera festival.

Posted by Anne-Marie Simons at 6:54 AM 4 comments: