Although I left my native country more than 55 years ago, my Dutch heart beat a little faster on April 26 when Holland celebrated its first King's Day after 139 years of queens. On this national holiday for the monarch's birthday, the people dress in orange in homage to the royal house of Oranje-Nassau and each year one town is selected to host old-fashioned Dutch games (like canal vaulting) wherein the royals sometimes participate.

It is all good fun, but this was interrupted tragically in 2009 when a crazed man drove his car through a crowd of spectators and tried to ram it into the open double-decker bus that carried then-queen Beatrix and most of her children and grandchildren. Eight people were killed in the attack, including the driver. It could have meant the end of a long and happy national tradition, when the Dutch let go of their usual reserve and burst into boisterous support for their monarch. Today the annual celebration continues, though with increased security.

Like elsewhere, the monarchy in Holland has come under pressure from political groups who question its usefulness in today's age, but any debate on the subject has always resulted in near-unanimous support for maintaining the monarchy, which in this increasingly multi-cultural society plays a unifying role that cannot be overestimated.

Not only does the monarchy perdure, but it has been given a boost with the arrival on the scene of Argentine-born Maxima Zorreguieta who since her marriage to the crown prince in 2002 has become the most popular royal in Holland and is today their beloved queen. Down to earth, intelligent, modern and involved (she is an economist), she has won over the doubters and become a true asset to her husband and indeed to the monarchy. Her warmth and spontaneity have earned her rock-star status with the young, and others see her as a level-headed and well-informed counselor to the king. Never have people been so united in their appreciation - dare we say love? - for a member of the royal family, and never has this phenomenon included all ages.
Yes, Holland is mad about Max! 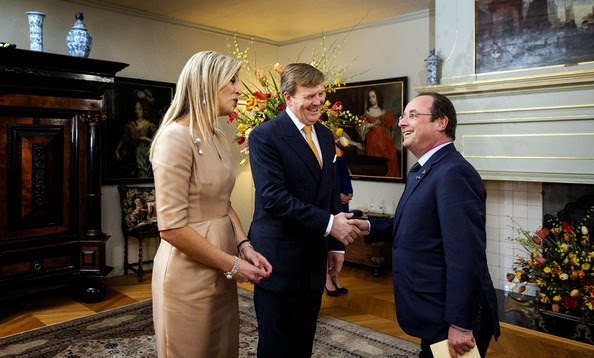 During the Nuclear Security Summit held in The Hague in late March, a clever journalist noted the Maxima effect on some of our world leaders. 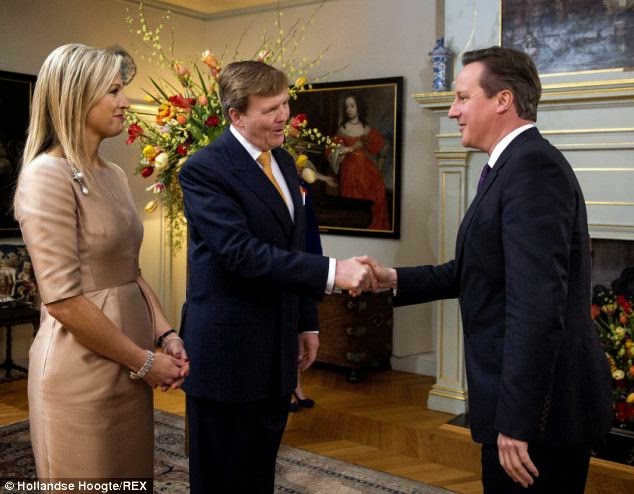 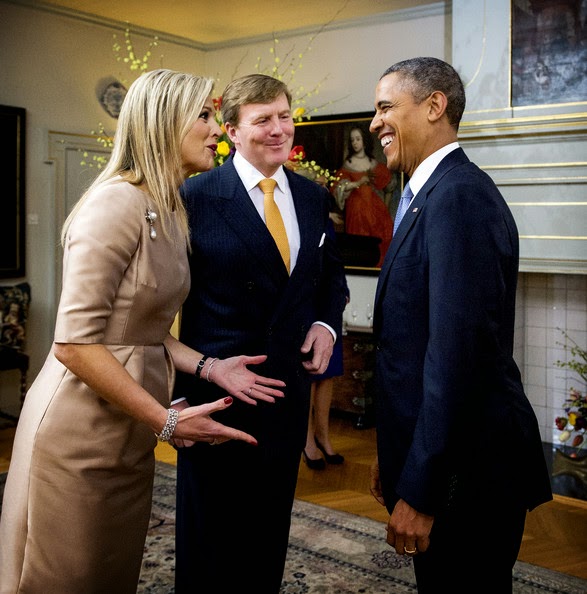 Who is that guy with Maxima and Obama?

In a continuing string of sell-offs, another major French company is being taken over, wholly or in part, by a foreign entity. After steel and cement giants Arcelor and Lafarge, today French flagship company ALSTOM, maker of giant turbines and high-speed trains (TGV), is being sold to American GENERAL ELECTRIC (unless German SIEMENS wins out in a last-minute bidding war). It's another case of a French company being unable to compete in a globalized economy.

The French government (no longer a shareholder since 2006) is crying foul for not having been consulted and is trying to steer the deal to Siemens in order to keep the business in Europe. Economy Minister Arnaud Montebourg was quick to say "The deal is not done, and the government will have its say in the matter".
So far, however, General Electric's bid of €12.4 billion has Alstom's preference over Siemens.

Technically, the government has no right to interfere in a transaction between private companies, but President Hollande stressed the strategic importance of energy and transport for the nation and the advantages of a European alliance rather than one with America. Siemens and Alstom are in the same business with overlapping products (energy and transport) and their merger would ultimately cause job losses in France, but the government has won a guarantee from Siemens that it would not lay off any employees in France for the coming three years - in other words, until after President Hollande's first term. 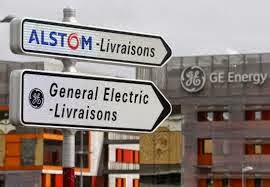 GE, which already has a foothold and more than 10,000 employees in France, is only interested in the energy branch of Alstom, allowing Alstom to maintain and expand its transport business (trains, trams, Eurostar, TGV).

A one-month moratorium has been declared so that Siemens can do due diligence and finalize its counter offer, but Economy Minister Arnaud Montebourg is not waiting for the outcome and in his blustering, rather unhelpful, way is accusing Alstom of dealing behind the government's back and calling its CEO Patrick Kron a lier "who promised me as recently as February that he would not sell without consulting the government. Do we have to install lie detectors in his office?" In his rant before Parliament an arm-waving Montebourg called on Alstom's patriotic duty, just as he had done, unsuccessfully, during the recent bidding war for French telecommunications company SFR which was ultimately bought by Luxembourg-based Altice-Numéricable.

His fight with Mittal, Indian-owned world leader in steel production who had bought the ailing French steelmaker Arcelor in 2012 and subsequently closed two blast furnaces in Lorraine, is remembered for Montebourg's outburst: "Mr. Mittal, you are not welcome here in France!" It may not sound ministerial but it plays well with factory workers.

Meanwhile, President Hollande is lying low, while Prime Minister Manuel Valls is fighting the big battles − rather successfully according to the latest BVA poll in Le Parisien where he now has a 64% approval rating, even though 41 members of his own PS party voted against his 3-year financial plan in the National Assembly because it was not "left" enough. Nevertheless, the BVA opinion poll indicated that across the board Valls scored high on "Authority, Strong Convictions, and Courage".

The next challenge will be the May 25 elections for the European Parliament, where the Socialist Party is currently running a poor third (13%) behind the extreme right Front National party of Marine Le Pen (23%) and a UMP party weakened by internal strife (25%). The humiliating loss of the socialists in the March municipal elections was the Front National's gain, where many of the disenfranchised have sought refuge under the umbrella of Marine Le Pen and her nationalistic anti-immigrant, anti-Euro message.

Punishing President Hollande by embracing the extreme opposite seems like jumping from the frying pan into the fire.

After its success as 2013 Cultural Capital of Europe which metamorphosed the Vieux Port into the beautiful area it is today, Marseilles has not stopped building and has just opened a third cruise ship terminal, adding 16,000 square meters to its passenger port infrastructure and allowing it to receive up to seven large ocean liners simultaneously. By the end of 2014 the passenger port of Marseilles expects to receive 1.35 million tourists.

This past weekend saw six large cruise ships bring in 14,000 passengers, who each are estimated to spend approximately €138 in town during their short one-day stopover.
Lots of smiles all around.

Posted by Anne-Marie Simons at 11:59 AM No comments: