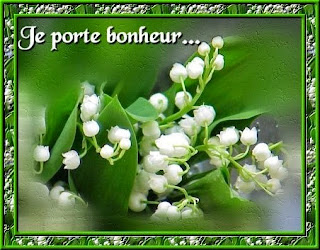 In France, the month of May counts four official holidays, which inevitably results in four long weekends. It is a complicated time for those who have deadline projects or emergencies requiring outside help.

[My apartment renovation, already three weeks past its due date, took another hit when our workman, who is his own boss, announced that - naturellement - he would not be working on any of those holidays and would in fact add one more day off to faire le pont. There went another week.] 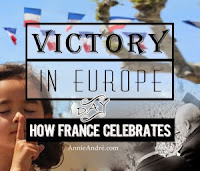 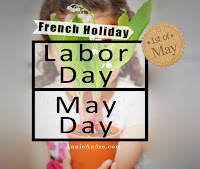 In addition to their standard paid vacation time of 35 days per year, the shortened 35-hour work week has resulted in many employees earning compensatory time off for additional hours worked (called RTT time), which they use to "bridge" a mid-week holiday to the nearest weekend. Some people use their RTT time to take a number of short breaks throughout the year, but the month of May is particularly vulnerable to repeated long and longer weekends. The government's position is that what is lost in productivity is gained in money spent on hotels, restaurants, tolls and other travel expenses. 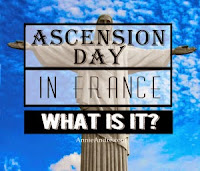 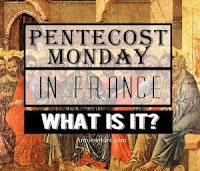 In case you need to be reminded of the May holidays in France, here are some helpful pictures from blogger Annie André. This year the holidays occur on May 1, May 8, May 14 and May 25.

With a bit of planning it is all quite manageable, but it still was a bit of a shock when last Friday, following the Ascension holiday on Thursday and just two days before paper tax returns were due (electronic filings are due later), my husband found the local tax offices in Aix closed with a handwritten sign on the door saying Exceptionnellement fermé, which translates to: we are taking the Friday off to make a four-day weekend. Sorry−no tax advice, no tax collection, go home and come back next week.


One person who is not likely to take much time off in May is our Minister of Education, Najat Vallaud-Belkacem. She is charged with the sticky project of reforming the national high-school curriculum, but her proposals have met with severe criticism, and a number of teacher unions have called for a nationwide strike on May 19th. 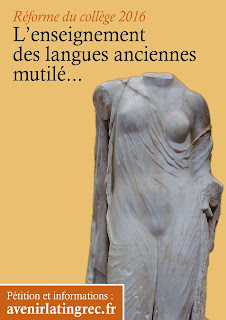 French public schools are free and have long had a good reputation but teaching methods have changed little since our parents' time and are producing increasingly poor results. In December 2013 the Organization of Economic Cooperation and Development (OECD) published its latest PISA* Survey (Program for International Student Assessment) that compares math, reading and science skills in 15-year-old students from 65 countries. It showed that the unbeatable Asians took the first five places (Shanghai, Singapore, Hong Kong, Taiwan and South Korea) and that in mathematics France had dropped to 25th place (from 9th place in 2003). Numerous reasons were given, including fatal budget cuts, and numerous improvements suggested, but few educators agree with the program of Najat Vallaud-Belkacem which (in a nutshell and limited here to its most objectionable elements) proposes to drop Latin and Greek from the national curriculum as well as compulsory German, considered "elitist" subjects, in favor of rather vague "interdisciplinary studies" and courses like The Expansion of Islam as more appropriate for today than Medieval History.

It is undeniable that children from poor and immigrant backgrounds do less well than others, but bringing the overall level of education down to that of the poorest performers is seen as a great disservice to all. The message is read as: in the name of equality we should all be equally poorly educated. 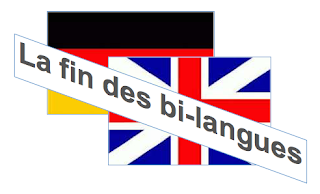 Equality is indeed high on the agenda of our socialist government and fits its utopian image of a fair world. This administration takes a dim view of the rich (a campaign theme of presidential candidate François Hollande) and of the world of finance. Yet, intellectual brilliance is much admired and the vast majority of high-level government positions are filled by people formed at the elite Ecole Normale d'Administration, among them François Hollande and most of his ministers. It is at the high-school level that the government wants to "level downward" to motivate the laggers, in hopes that this will inspire them to higher educational goals later on. The protesters' signs of "Equal elitism" or "Latin Makes Other Languages Live" speak for themselves.

Despite general agreement on the need for school reform, it is the Vallaud-Belkacem reform that draws criticism and calls for debate. Unfortunately, on the very day of the teachers' strike, Prime Minister Manuel Valls announced that this school reform would be imposed by decree the next day rather than by vote, and the decree was indeed published in the Journal Officiel of May 20, 2015. Considering the strong objection of many teachers, this hurried implementation of the new rules by decree may indicate the government's fear of prolonged strikes and the hope that a sentiment of it's-too-late-now will set in and get teachers to give up the fight. But this is France, and change never comes without a fight. Stay tuned...

A week before the 2015 Cannes Film Festival opened on May 13th, the chic Cartier jewelry shop on the famous seaside Croisette was robbed of nearly €18 million worth of gems. In its smooth and professional execution it resembled previous thefts in Cannes, notably in 2013 when the biggest-ever heist took place at the Carlton hotel where Israeli jeweler Lev Leviev was proudly displaying his "Extraordinary Diamonds" collection and a single man managed to make off with two cases of exceptionally large and pure diamonds estimated to be worth 136 million dollars. During the film festival that same year €1 million worth of Chopard jewelry to be worn by one of the actresses was stolen from a room safe at the hotel Novotel and, days later, during a gala evening at the Eden Roc Hotel in nearby Cap d'Antibes a €2 million diamond necklace from Swiss firm Di Grigogono was robbed. Not a single shot was fired in any of these robberies. Arsène Lupin lives! 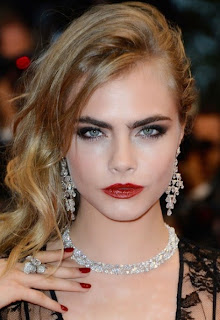 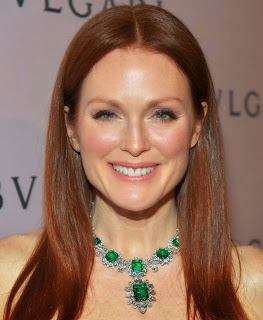 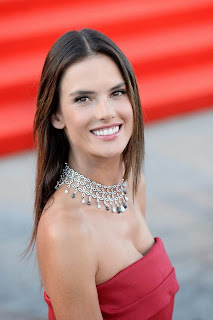 Jewellers like Harry Winston, Cartier, Chopard, or Bulgari are more than happy to showcase their creations on beautiful actresses and models at this film festival with its worldwide television audience.

But perhaps the time has come for actresses to start wearing "fun" jewelry at Cannes. A good fake worn with style and panache on an haute couture dress would fool us all, and Cannes would be a safer place — but perhaps a tad less exciting.

Posted by Anne-Marie Simons at 4:48 AM No comments: