Beginning this month and up until the first weekend in September the French highways will have “orange, red and black weekends.” Literally thousands of vehicles back up at toll stations between Lyons and Nice in the south and around Paris and major cities in the north, when the summer arrivals and departures cross each other. These weekends are designated as orange, red and black (worst) by the Highway officials and warnings are issued via radio and television, signaling the worst backups and urging people to take secondary roads, but nothing seems to stop families from traveling by car on those weekends and enduring the hardships of heavy traffic to and from their holiday destinations.

As always in July, the city of Aix is full of musicians and music lovers. It’s OPERA time! Five or six operas (depending on budgets) are presented this month, as well as several concerts conducted by the “big” guest conductor of the year – this time Sir Colin Davis and his London Symphony Orchestra. The operas run from early music (Monteverdi) to a commissioned work by a contemporary composer. We have been delighted and disappointed in equal measure by these new works, but we do like the adventure of discovery. 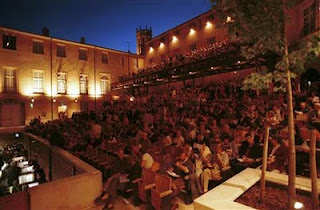 At this time also, the city of Avignon holds its annual THEATRE Festival with an incredible concentration of plays all squeezed into one month of performances that start at 10 in the morning and run until about 2 a.m. at night. Some 30 “official” plays take place in the evenings in the huge courtyard of the historic Papal Palace, while more than 1100 (!) shows of the “Off” festival take place in numerous other venues (theatres, cloisters, courtyards, schools) throughout the city. The joyful street scene of posters, actors in dress, theatre amateurs and merrymakers is part of the pleasures of Avignon this month, but is also a reason NOT to visit as a tourist at this time. 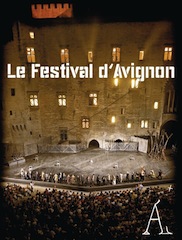 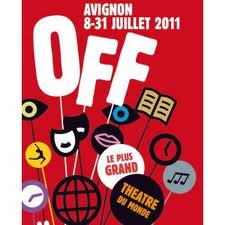 Both the opera festival in Aix and the theatre festival in Avignon are featured in Taking Root in Provence. Click here.
Posted by Anne-Marie Simons at 12:37 PM No comments: