It's been an agitated summer so far with strikes and disturbances at several summer festivals, revelations of financial misconduct within the UMP opposition party, a surprisingly long and tough hearing of former president Sarkozy by French prosecutors, and the Tour de France off to a chaotic start. 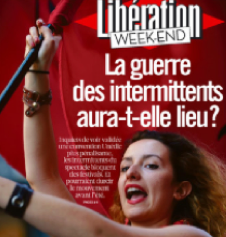 The INTERMITTENTS DU SPECTACLE (temps of the entertainment business) made good on some of their threats (blog June 15) and closed down the première of the Avignon theatre festival at the famous Palais des Papes and a number of other shows thereafter. In spite of an initial positive gesture from the government in response to the strikers' demands, a hard-core group of protesters shut down festivals in Montpellier, Marseilles, Uzès, and elsewhere, and at times the police had to intervene, particularly in a highly charged Avignon where Minister of Culture Aurélie Filippetti was shouted down by hecklers and the mood turned ugly. In Aix-en-Provence, after a difficult start with one opera cancelled and another one disturbed, a compromise was reached:  the opera festival management distributed pamphlets and prominently displayed large banners in support of the intermittents at the four opera venues in town. In addition, they allowed the temps to present their case on stage at the beginning of each performance − generally to enthusiastic applause of the French audience and bewildered looks from foreign visitors.

At the 2014 International Opera Awards in London on April 7th, the festival of Aix-en-Provence was named "Best Opera Festival in Europe" − a prestigious distinction in a crowded field and proof of its increasingly wide resonance abroad. This month-long event produces €65 million in revenues for the region, approximately half of it for the city of Aix-en-Provence alone. Cancelling this festival would not only have disastrous financial consequences but would severely damage its reputation outside France, where less tolerance can be expected for the salary issues of the intermittents.

None of this unrest has slowed down the holiday departures in France, when people leave the cities en masse, usually towards the Atlantic and Mediterranean coasts. Every weekend throughout July and August is a "weekend rouge" or "noir" on traffic-choked major highways, as hordes of vacationers − like lemmings − make their way to the sea. While the young splash around in pools or at beaches, their parents settle into their lounge chairs to read magazines or the summer best sellers that have been discussed and recommended in the press. 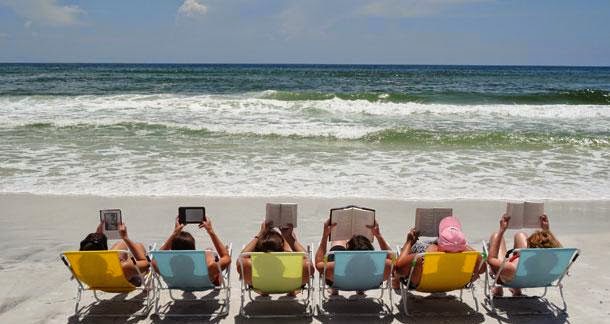 Yes, the French still haul stacks of books to their summer retreats and, with the exception of some youngsters, still vastly favor paper books over the electronic kind − perhaps partly due to a government policy that prohibits any bookseller from giving more than a 5 percent discount on the cover price of a book, thus leveling the playing field for small and large bookshops. This year, the French government added an "anti-Amazon" law that bans free shipping on online book sales in France. This policy is meant to protect the smaller bookstores from foreign giants who can afford to sell at a loss and threaten the very survival of the French traditional independent bookseller. Amazon has responded with a shipping price of one cent, and there will surely be some more legal skirmishing. But while the French may appreciate supermarkets, they will fight to maintain their less "efficient" but far more satisfying farmers' markets. Product quality and human contact prevail here, as they do in the traditional bookshop where browsing and knowledgeable employees enhance the experience of buying books. With a still robust market of more than 3500 bookshops in France (including 800 small independents), French brick-and-mortar bookstores may have a better chance than others to resist online book sellers. But for how long?

After spending 15 hours in police custody on July 1st, former president Nicolas Sarkozy was formally charged with corruption and abuse of power following a number of wiretapped conversations with his lawyer on his private cell phone. These revealed that information concerning his pending Bétancourt case (blog March 17) was being leaked to him by a lawyer at the Paris Court of Appeals who hoped to obtain a prominent position in Monaco with Sarkozy's help. Within hours of his long ordeal, a combative Nicolas Sarkozy appeared on national television to accuse the two prosecuting judges of clear bias, unnecessary humiliation, and building their case on illegally obtained information (lawyer-client privilege). Even if Sarkozy may be proven right, this episode still further erodes his chances of a possible presidential comeback in 2017.

Meanwhile, his UMP party continues to be weakened by internal scandals that have already led to the resignation of party leader Jean-François Copé over the Bygmalion affair (blog June 1). A financial audit has now revealed that the UMP is €80 million in debt, part of it incurred to finance the Copé couple's lavish lifestyle and pay for excessive salaries for the top managers. There are also rumors of a secret fund for presidential campaign expenses beyond the legally allowed limit. A triumvirate of three former prime ministers has taken over the leadership of the party until a new leader can be elected in October. Nicolas Sarkozy's backers are still hopeful that their man may return and, in the absence of any strong UMP candidate on the horizon, they may get their wish.

Elsewhere in the political arena, President Hollande's dismal approval rating remains at 18 percent, the lowest ever recorded for a French president, according to an IFOP opinion poll published on June 4th. In a televised interview on Bastille Day, July 14th, he seemed to be in denial of the reality when he announced that the long-awaited economic recovery is there. If nobody has been able to see any sign of it so far, it is because "it is very weak, but it is there", according to the president. Neither his optimism nor his new eye glasses ("less intellectual") were convincing. In fact, the president's horn-rimmed new specs turned out to be made in Denmark, which caused the angry accusation of French frame manufacturers that Hollande is not living up to his government's "Buy French" campaign. Truly, the man can't win.

One man who can and did win was Silvio Berlusconi who, on appeal, was acquitted of the charges of paying for sex with a minor and abuse of power. The judge apparently accepted Berlusconi's testimony that he thought the then-underage prostitute "Ruby" was over eighteen. Known for his harsh opinion of the Italian justice system, this time a jubilant Berlusconi commented that "the vast majority of Italian magistrates do their job quietly and with admirable impartiality and rigor". The ruling by the Appeals Court overturns his lifetime ban on holding political office, but may have little effect given Berlusconi's age and the fact that he is still on trial for political corruption at a court in Naples and for witness tampering in Milan. 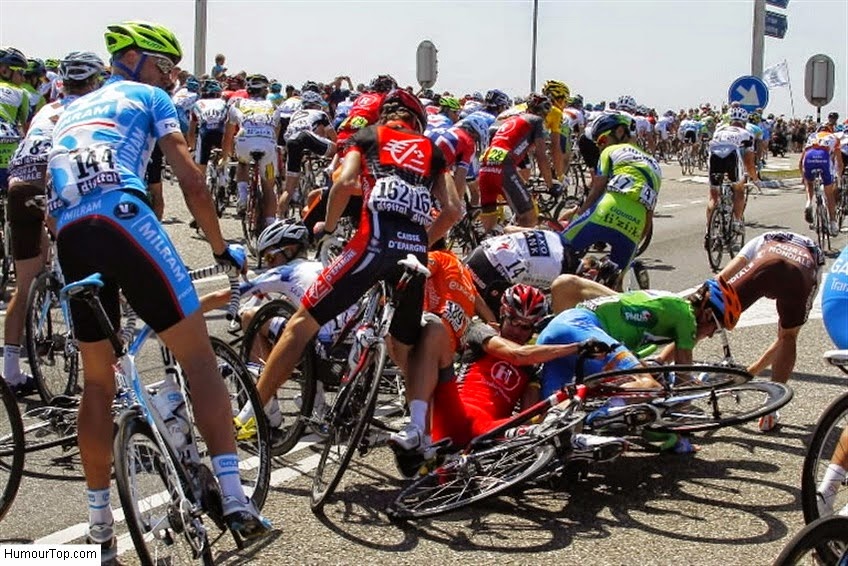 This year the Tour de France has been plagued by a series of accidents that knocked several big-name riders out of the race early on. Mark Cavendish crashed out on the very first day in his native Yorkshire, and when the Tour hit French soil on day four, heavy rain and wind caused multiple spills on the slippery cobblestone roads, resulting in a number of broken bones. Among the victims were last year's winner Chris Froome, and former winners Alberto Contador and Andy Schleck. There are now no former Tour winners left in the remaining stages. 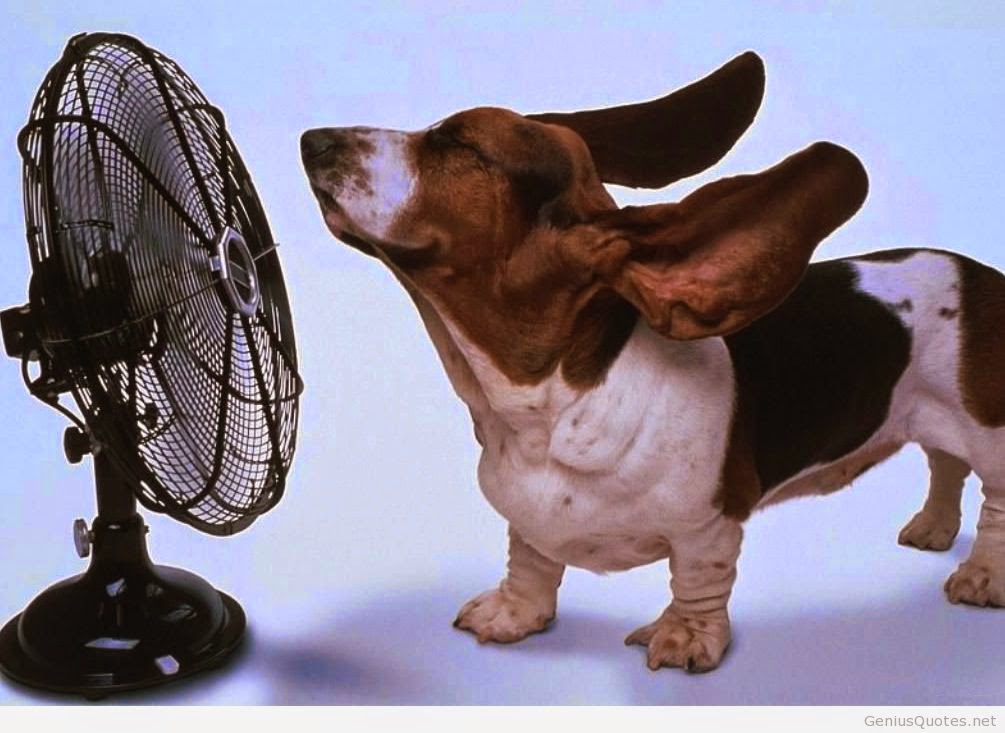 Posted by Anne-Marie Simons at 1:06 PM No comments: