Both former French president Nicolas Sarkozy, who met Nelson Mandela in 2008, and current president François Hollande were invited to attend the funeral service for Mandela in Johannesburg where nearly one hundred other heads of state were expected. When Hollande then invited Sarkozy to accompany him on the presidential plane, this was seen as a courtesy of one president to another, possibly inspired by Mandela's example of forgiveness and reconciliation. If reconciliation was indeed the motive, it did not last a day.

Quickly, the old mutual dislike resurfaced and the two men ended up traveling to South Africa in two separate planes. The ostensible reason was an economic and practical one (the use of two Falcon jets being less costly than the presidential Airbus), but the Sarkozy camp hinted at the complications of flying two presidents on the presidential plane that has only one bedroom and shower. For the 13-hour flight, the bedroom suite would go to Hollande and his partner Valérie Trierweiler, and Sarkozy would have to do with a mere business class seat. Pas possible.

There is no love lost between Sarkozy and Hollande who have barely spoken to each other since the turnover of the presidency in 2012 when, after the official parting handshake on the steps of the Elysée Palace, a boorish Hollande failed to accompany Nicolas Sarkozy and his wife Carla Bruni to their car, as is the custom, and let them find their own way. The humiliating treatment left its mark and was generally disapproved of. Almost two years later, Mandela's spirit of forgiveness was notably absent in Paris.

At the same time, President and Mrs. Obama also traveled to Johannesburg for the Mandela funeral, with on board the presidential Air Force One former president George W. Bush and his wife, as well as former Secretary of State Hillary Clinton, a potential future presidential candidate. Air Force One also has only one bedroom, but accommodations were made to everyone's satisfaction. Where there's a will...

A commercial court in Toulouse has just rendered an unexpected verdict when it ruled against the owner of a shop that sells electronic cigarettes that are meant to help smokers overcome their addiction to tobacco. A buraliste (tobacconist) in Toulouse who runs a Tabac (the government-sanctioned shops where cigarettes and lottery tickets are sold in France) had filed suit against the owner of a nearby e-cigarette shop for "unfair competition". The court agreed with the plaintiff that one smokes an e-cigarette and that as such this substitute cigarette is governed by the State's tobacco monopoly and the health laws that prohibit the advertising of any such product and limits their sale to the licensed buralistes and their 27,000 Tabac shops. 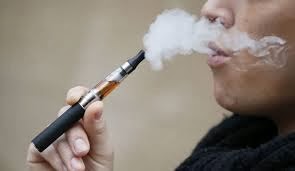 The defendant, who had received official approval to launch his e-cigarette business just months ago, called the ruling absurd and will appeal. His lawyer reminded the court that e-cigarettes have no particular statute in France and should therefore not be governed by the State's tobacco monopoly, all the more so because there is no tobacco in e-cigarettes.

Statistics reveal that 34% of the French still smoke, more than half of them young adults, and that 60,000 people die every year from tobacco-related disease at a cost to the government of 3% of its PIB. E-cigarettes would therefore seem a welcome additional tool in fighting tobacco dependency, especially for a government whose national health system pays smokers €150 per year for substitute products (patches) and reimburses the cost of anti-tabagisme treatments in hospitals. In a further effort to dissuade smokers, it regularly increases the price of cigarettes and will do so again in January 2014, when the cost per pack will reach €7.00. The most visible result so far, however, has been that smokers increasingly stock up across the border, in Belgium or Spain, where cigarettes are cheaper.

The Toulouse ruling may not directly affect the existing anti-smoking programs, but it does not help in the health department's fight to break tobacco dependency. 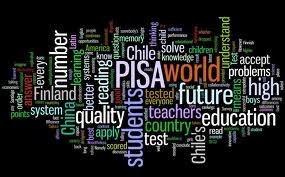 In early December, the Organization of Economic Cooperation and Development (OECD) in Paris published its latest PISA study (Program for International Student Assessment) that compares math, reading and science skills in 15-year-old students in 65 countries. Shanghai students came in first, followed by Singapore, Hong Kong, Taiwan and South Korea, while France dropped to 25th place in math (a 16-point drop since 2003). In addition, France showed a growing gap between students from different socio-economic backgrounds, said Eric Chardonnier of the OECD. He did, however, praise some of the reforms that French education minister Vincent Peillon is trying to implement, including the controversial elementary school hours. 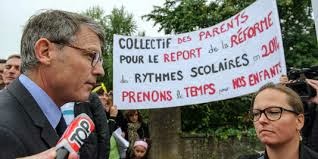 That battle is not yet won, however, and to date 55 French mayors still refuse to implement the new 4-1/2 day class schedule in their municipalities, unless and until they receive financial help from the government. The main sticking point seems to be the cost of auxiliary personnel needed to keep the children occupied on Wednesday afternoons after class and before they go home. Minister Peillon reminded the mayors of their civic duty, saying that they represented only a small minority of the 4000 municipalities in France and that he would not allow them to stand in the way of the vast majority. "We will not go back to the old system".

Last week, a strike by prep school teachers ended in a temporary truce and a call for new discussions in January 2014. Dissatisfied middle- and high school teachers are awaiting the outcome of these discussions before deciding what action they will take. There is no smooth sailing in sight for Mr. Peillon's educational reforms.

Fortunately, Christmas is just around the corner and thoughts are turning to school vacations, holiday travel, and food, the great unifier in France. Everybody celebrates Christmas with a grand meal, rich and poor alike. Specialty food shops, patisseries, chocolatiers, and liquor stores do their biggest business of the year, and on this occasion "se faire plaisir" displaces all thoughts of school reform, strikes, or economic crisis. That will have to wait until January. 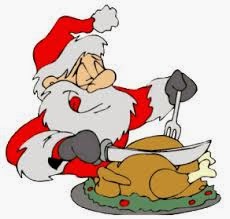 (*) For more about local Christmas traditions, see my book Taking Root in Provence by clicking here: