An IFOP poll conducted shortly after the municipal elections in late March gave new Prime Minister Manuel Valls a 58% approval rating while President François Hollande sank to an all-time low of 18%. All hopes are now pinned on Valls, as it appears that most voters have given up on Hollande. Could Hollande's foisting so many of his old ministers on Valls's new cabinet be his revenge on the ambitious young prime minister? It leaves Valls rather hamstrung, with little room to maneuver. Nevertheless, if Valls can maintain the voters' confidence while implementing the tough reforms and cutbacks planned over the next three years, he could present a serious threat to Hollande in the 2017 presidential elections.


Less than three weeks after his appointment, a plain-speaking Prime Minister Valls declared that public spending in France represents 57% of its national wealth and that the country can no longer live beyond its means. One of the areas he targeted for savings is the politically sensitive welfare system, where he announced plans for an immediate freeze on benefits and pensions until October 2015, and keeping in place the current freeze on civil servants' base salaries.

He also announced plans to reduce the number of administrative regions in France by half by 2021, eliminating duplication and a good many public-service jobs in the process.

Trade unions were predictably unhappy and some Socialist lawmakers had philosophical issues with welfare cutbacks. The government will submit its three-year finance plan to Parliament next week.

Look to May 1 Labor Day for mass demonstrations in the streets.

Another new appointee, Environment Minister Ségolène Royal, started off with a bang when she made the startling announcement that she wants to lift the controversial Ecotax on French heavy goods vehicles (HGV) and shift the burden entirely to foreign trucks. It is perfectly legitimate, she reasoned, that foreign trucks that cross France help pay for the maintenance of the roads they use, especially since they generally avoid our toll roads and our gas statons, filling up in Belgium before crossing France. French truckers already pay various taxes, including the TIPP (taxe intérieure sur produits pétroliers), she said. 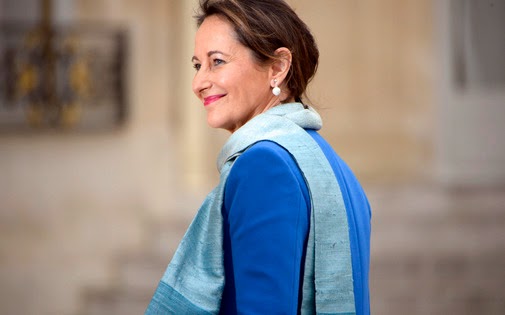 She envisions collecting the Ecotax via a vignette required to cross the borders into France, and would oblige foreign trucks to use French toll roads instead of the secondary roads they favor. Her proposal is expected to spark a heated debate in the Parliament which is largely in favor of the Ecotax on all heavy trucks in France where pollution is a growing problem, and it is unlikely to be approved by the EU Commission in Brussels given its discriminatory aspects. For now, Ms. Royal has everybody's attention but little backing.

The Ecotax, based on the "polluter pays" principle and applied only to vehicles of over 3.5 tons, is primarily an anti-pollution tax which is already in effect in seven European Union countries. Its annual revenues in France, estimated at €1.2 billion, would serve to finance the development and promotion of alternative freight transportation via rail and waterways, and to improve public transport in cities by extending tram, bus and metro lines. Many such development plans are now on hold, awaiting the outcome of discussions in Parliament and in Brussels.

Known as a savvy politician, Ms. Royal was brought back into the government by her former partner François Hollande, who after violent protests in Brittany in October 2013 decided to postpone the twice-delayed Ecotax once again, this time until January 2015. It is now incumbent on Ms. Royal to bring this thorny issue to a conclusion. Stay tuned... 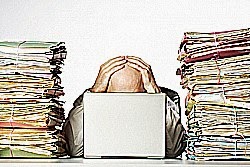 The Choc de Simplification that President Hollande announced last summer as one of the ways to make French businesses more competitive is beginning to take shape. Socialist Deputy Thierry Mandon and businessman Guillaume Poitrinal have submitted a proposal containing 50 initial changes to simplify a French employee's paycheck, which today has up to 30 lines before arriving at the net salary figure, compared to just a few lines on a typical German or Dutch paycheck. This very complex payroll calculation costs French companies an estimated €60 billion per year (€50-150 per employee per month), according to the OECD, and involves numerous government agencies.

The plan is to group all the payroll deductions and adjustments into four major categories, bringing the number of lines on a French paycheck down to no more than five or six, and to reduce the number of collection agencies accordingly. 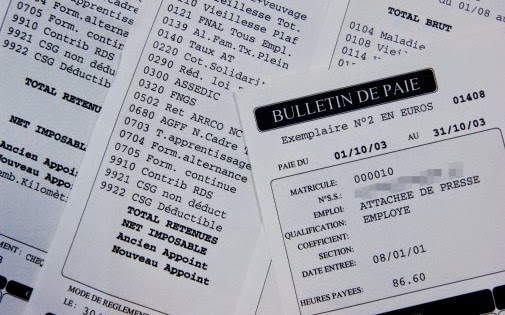 The huge task of overhauling the unwieldy payroll administration will not be completed until 2016, but this is an important first step in the process of bringing the French way of doing business in line with the more efficient methods used elsewhere.

Now if they could just decide to open shops on Sunday we would really be making headway. The issue has resurfaced and Laurent Fabius, Minister of Foreign Affairs who in the recent government reshuffle was given the added job of International Development (including tourism), had said that he is in favor of Open Sundays and would "take care of it". He sees Open Sundays as good for tourism, and tourism as essential to France. Previous governments, always fearful of the trade unions, have never been decisive on the issue, allowing certain business to open and others not, in certain areas only and not in others, for certain months only or until a new directive could be issued... ad nauseam. Fabius's dealings with Syria, Mali, the Central African Republic, Ukraine, etc. should be good preparation for his confrontation with the French trade unions.

The Milan court that sentenced Silvio Berlusconi last year to a reduced one-year prison term, converted immediately to house arrest or community service in view of his age, has now ruled that Berlusconi has to perform one year of community service in a home for the elderly near his hometown of Milan and submit to an 11 p.m. curfew. He cannot leave Lombardy but is allowed to visit his home in Rome from Tuesday to Thursday where as leader of the opposition party Forza Italia he still wields influence. The Sacred Family Foundation in Cesano Boscone, which takes care of 2000 elderly and disabled people, did not reveal what exactly Berlusconi's "service" will consist of, but since there is a theatre on the premises the former cruise-ship crooner may well find himself entertaning the residents. "Volare... ohoooo".
Success with the elderly crowd guaranteed.

Posted by Anne-Marie Simons at 1:57 AM