This week I attended an interesting trial: the case of THE PICASSO ADMINISTRATION vs LE GUENNEC which was heard on appeal in Aix-en-Provence after a first hearing in Grasse last year.

Brief summary:  Pierre Le Guennec, Picasso's electrician and handyman, was accused with his wife Danielle of having hidden 271 works on paper by Picasso contained in a carton box wrapped in a garbage bag and stored in his garage for nearly 40 years. Le Guennec says the box was a gift from Picasso's widow Jacqueline, who had asked him earlier to store 17 garbage bags at his home and later asked for their return. When he returned them, she said to keep the last one: "This is for you." Le Guennec, 77, says he never looked inside the bags, simply storing them for "Madame" (Jacqueline Picasso), and returning the last bag to his garage where he left it until 2009 when he developed health problems. That is when he opened the bag, thinking "it might have some value since it came from Picasso" and could represent some money for his two adult sons who earned a living as simple workmen. With the help of his brother-in-law he inspected the box which contained drawings, collages, lithographs, as well as a sketchbook, and photographed some for the purpose of seeking authentication. He contacted the Picasso estate, headed by Claude Ruiz Picasso, son of Pablo Picasso and Françoise Gilot, and was asked to produce some of the works. Once their authenticity was established, the Picasso Administration had Le Guennec's home raided by police who confiscated the 271 items, all produced between 1900 and 1932, most of them unknown and never inventoried. Le Guennec and his wife were charged with possession of stolen goods.

In March 2015 a court in Grasse heard the case brought by the Picasso Administration and sentenced the couple Le Guennec to a two-year suspended prison term and a fine of €375,000. The couple appealed and the case was re-heard in Aix-en-Provence on October 31, 2016.

As I watched Claude Picasso, who manages the Picasso Administration and represents the six Picasso heirs, enter and take a seat, surrounded by his seven lawyers, opposite the rather fragile-looking elderly Mr. and Mrs. Le Guennec, represented by three lawyers, the David and Goliath image seemed fitting.

Under questioning by the court and by the Picasso lawyers it was revealed that the defendants had earlier lied about certain details, specifically about the timing of Jacqueline's gift to Mr. Le Guennec. This had occurred before Picasso's death in 1973, according to Le Guennec's first testimony, but was now claimed to have occurred "some months or perhaps a year after" his death. It is a crucial difference, since Pablo Picasso never gave away anything that was not dated and all the items in question were undated. Le Guennec now says that he had fibbed on the date because he wanted to protect Madame (and by extension himself), who he thought might be accused of theft by the heirs if they knew that she had taken it upon herself to give away certain things. He added that he was aware of "problems between Claude and Madame" (saying at some point that they were "at war") and that Madame might have given him the 17 garbage bags for safekeeping in order to hide them from Claude. He never questioned her motives and simply did as he was asked. Why would she confide the bags to the electrician and not to someone else? "Because she had complete confidence in me," said Le Guennec. And was he not even curious about what was in the bag? No, he answered, having testified earlier that he had opened the bag when he first brought it home and on finding "a lot of papers with sketches on them and even some crumpled-up paper" he thought these were probably rejects and had closed the bag again.

Danielle Le Guennec, 73, confirmed her husband's testimony and added that Madame, to whom she was extremely devoted, often confided in her about the emptiness of her life without Picasso and her difficult relations with the Picasso children, and that she had periods of depression. Jacqueline killed herself in 1986 when she was 59.

Pierre Le Guennec was Picasso's electrician at various Picasso properties from 1970 until the painter's death in 1973, and then continued to work as Jacqueline's handyman until her death in 1986. In 1983, when his electrician's jobs were dwindling, Jacqueline had granted him a loan of 450,000 FF so he could buy a taxi license ("my father was a taxi driver"). This loan was largely but not entirely repaid by the time Jacqueline died in 1986.

Pierre and Danielle Le Guennec, who are both in ill health today, did not hold up well under questioning, seeming confused and at times bewildered, yet they steadfastly refused to testify sitting down whenever the offer was made as though standing up gave them some added dignity. They realized that having lied in the past they lacked credibility today, and offered little resistance to the plaintiff's attorneys who needed little more than the absence of written proof for this "gift from Madame" and the unreliability of the defendants. They asked that the earlier conviction be upheld, and the prosecutor concurred.

It did not look good for Mr. and Mrs. Le Guennec and I myself held out little hope for them until the final playdoyer by the star defense attorney Eric Dupond-Moretti and his brilliant young assistant Antoine Vey. Dupond-Moretti made much of the modest circumstances of the defendants, who during the nearly 40 years they were in possession of a treasure never once tried to sell even one single piece to an unscrupulous dealer.


You accuse them of being part of an international art laundering scam? Look at them! And why would they wait 40 years before trying to get an idea of the value, and this by going directly to Claude Picasso? Is that rational? Plaintiff says that it is "highly unlikely" that Jacqueline Picasso would have given a bag full of artwork to the electrician, but how rational would a deeply unhappy woman be who later committed suicide? Do you know what went on in her head? Nobody does. And can you be sure that she did not give or stow away more artwork? I ask the Court for a further investigation (Information Supplémentaire) into the possibility that other Picasso work might have escaped the inventories before your final deliberation of this matter. The Le Guennecs say they had a respectful but amical relationship with the Picassos, backed up by a handwritten note from Picasso to "Pierre Le Guenec (sp), my friend" and several notes with "tendres baisers" from Jacqueline to Danielle. "Et si c'était vrai?!" thundered Dupond-Moretti. What if this were true? Remember that Jacqueline went to visit Danielle in hospital after the birth of her second son. Would you make a substantial loan to someone who is no more than an employee to you? Isn't it possible that Jacqueline was inspired by a feeling of friendship when she gave the bag to Le Guennec? Just as there exists no written proof that this was a gift from Jacqueline, there exists no proof to the contrary given the special relationship between Jacqueline and the Le Guennecs. You have thoroughly investigated this couple's financial situation, which after more than 50 years of hard work affords them only a modest retirement, yet they never enriched themselves by selling what they considered a gift from Madame because, as they have said: "You don't sell a gift." You are looking at simple people here, who trusted and were trusted until this matter threw their lives in disarray.

He then turned over the closing arguments to his assistant Antoine Vey who stressed the doubts hanging over this case, doubts that should benefit the defendants, and he repeated the request to the Court for an additional investigation into possible other uninventoried Picasso work. Should this request be denied, said Vey, the defense asks the Court to dismiss the charges against Le Guennec based on unresolved doubts. 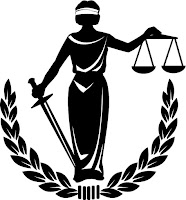 Like in a Hollywood film, the last minutes of this trial provided all the drama and a glimmer of hope for the defendants.

Nothing is certain, however, and the suspense will continue until December 16th when the verdict will be rendered.