Somehow Donald Trump has bloated my blog lately and I feel the need the throw the windows wide open to let Provence back in. I tip my head back to the spotless blue sky, close my eyes, inhale the local scents and sounds and, after all the craziness and hatefulness spilling from Washington, let myself drift back to the simple joys of summer in Provence. Aaaahh, normality!!

So here's some light fare and local news that won't keep you awake at night.

A recent uproar in Marseilles made the front page of  La Provence, the largest of the local papers. It appears that "Brussels" had begun slapping fines on some of the local fishermen who sell their daily catch at the waterfront of the Vieux Port because they had not been listing their fish by their latin names, as required by EU regulation number whatever. Adding the scientific name would assure the consumer that he is indeed getting what he thinks he is buying and not a different or lower-quality species. Also required:  listing the date and place of the catch, as well as the method of fishing. High-volume sellers such as supermarkets print this information on labels and packages, but at market stalls like those in Marseilles it is handwritten on slates. 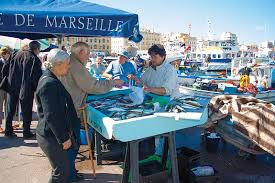 Even though these EU rules are five years old already, Marseilles, always a bit contrarian, considered the "latin" requirement a step too far and the height of absurdity because the fishermen go out at night and bring in their catch in the early morning where the fish is sold directly, mostly by the fishermen's wives, to a steady clientèle of locals who "need no latin to know what they are buying or where it comes from. They trust us and we know each other." And what about the various sub-types of seabream or seabass, grouper, tuna, hake or whiting? "Nobody here expects to read doradus doradus on my slate, or epinephelus aeneus or mugli cephalus or thunnus thynnus. What are they thinking là-haut (Brussels), forcing a third language on us (marseillais, french, latin)?! Chez nous une dorade est une dorade, ça suffit aux clients!"

The clients agreed and supported the fish sellers, who put pressure on Jean-Claude Gaudin, mayor of Marseilles, who spoke of it to President Macron and, voilà, the issue had become a matter of state. Macron, who has bigger fish to fry (pardon the pun) and knows which fights he cannot win, responded within a day and gave Mr. Gaudin a personal guarantee that the fish sellers of the Vieux Port in Marseilles would be exempted from the latin rule. Common sense prevailed; time to pour a pastis and move on. 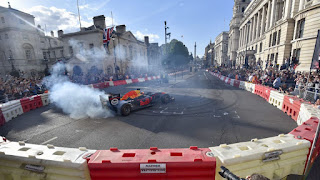 A roar of a different kind was heard in Marseilles last weekend during the Formula One festival, a promotional event preceding the actual F1 race at the newly reopened Paul-Ricard racetrack in nearby Le Castellet on June 24th. The French have always been mad about car racing, ever since the first Grand Prix was held here in 1906. As a former F1 reporter I share this enthusiasm and was glad to see the large turnout for a simple demonstration of two F1 cars from 2011, driven by David Coulthard and Franck Montagny, respectively, who "raced" down a 2-km stretch (including a hairpin turn) of the beautiful Vieux Port in Marseilles, engines screaming, accelerating, decelerating, and laying lots of rubber. I felt the thrill of old, even though this was just a child's version of the real thing two days later which I watched from the comfort of my couch. 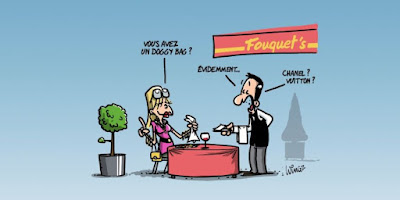 Going back to food for a moment (after the fish fight in Marseilles), you may be pleased to know that the French Parliament passed an amendment last month that requires restaurants to offer doggy bags to those who want them − as from July 2021!!  Reactions varied from outright objection to a shrug of indifference, but three years should be enough to get used to the idea. According to ADEME (Agency for the environment and energy conservation) which hopes to reduce food waste by half in 2025, France wastes 10 million tons of food (estimated at €16 billion) per year, mostly in restaurants.

One positive side effect of this drive against waste is the emergence of an app that allows food providers (mostly bakeries, pastry shops, take-out food shops) to sell their products at one-third or less of the original price at the end of business hours. The client can order and pay online, and pick up the item at a specified time. It's good for seller and buyer alike and in the two years of its existence the app has become very popular in bigger cities, its awkward name notwithstanding. "Toogoodtogo" might lead you to believe that this food is too good to take out, i.e. should be eaten on site, when "Toogoodtowaste" is what they mean. English still has a little way to go in France. 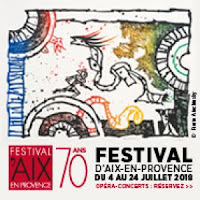 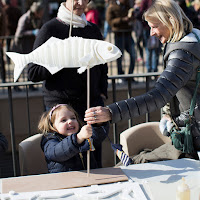 Summer in Aix means opera and all that comes with it: Master classes, open-air concerts, interviews with singers, directors, stage designers, etc. and some noteworthy public events that are free and very popular, such as this year's interactive opera Orfeo & Majnun, based on the legend of Orfeo and Eurydice and its Arab counterpart Layla and Majnun, sung in three languages by professional singers and a choir of amateurs.

Excerpts of this work were performed last Sunday on the Cours Mirabeau in the center of Aix, with the participation of a large public of young and old who paraded down the Cours with hand-held cut-out animal figures they had fabricated themselves that afternoon with the help of volunteers who demonstrated how to cut these figures from sheets of polyethylene or Styrofoam and mount them on sticks. It was a happy mix of music, fun and fraternity, and a creative way of bringing opera to the people. Here is a little video on these easy-to-make animals and their creator, Roger Titley: https://www.youtube.com/watch?v=K01rvh0S1_c 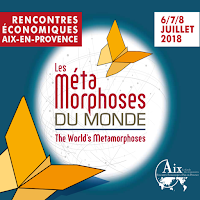 For those who don't care for opera there is the three-day Economic Forum at the faculty of law of Aix-Marseille university, where business leaders, economists, politicians, bankers, journalists, philosophers, but also young start-uppers and graduate students, will discuss this year's topic of "The World's Metamorphoses".

The wide range of knowledge and international experience of the participants from 30 different countries who represent governments, international agencies, as well as institutional and private business environments, should make for interesting debates, all of them open to the public.

Not your cup of tea? There is also the month-long theatre festival in Avignon with its bewildering choice of some 1300 plays in big and small venues, running from 10 a.m. to midnight every day. For foreigners it's good to know that more and more plays are performed in English or another language (with subtitles).

Whatever your choice, ENJOY!


But if the thought of all this activity exhausts you, and as temperatures are climbing into the mid-thirties Celsius, there is always the option of doing nothing at all. A long siesta, preferably under a tree, with a cool drink and a book within reach, and a mind wiped clean of the turmoil surrounding us — why look any further?


PS: While you're having that snooze, Angela Merkel's political survival is hanging in the balance and the EU summit in Brussels last week managed in extremis to come up with an interim solution of 'closed centers' for the migrants who keep landing on our Mediterranean shores, even if it is in vastly reduced numbers. After an all-nighter, the 28 divided EU member states agreed on this vague proposal that will of course require future meetings and negotiations that may or may not be successful, but at least they bought themselves some time until the next crisis.

More on this subject next time. Right now, it's just too hot… 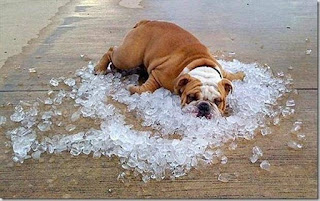