who will oppose incumbent President Sarkozy in April 2012. The first round on October 9th was won by François Hollande, followed by Martine Aubry. In the second round a week later, Hollande increased his lead and became the official Socialist candidate. Note that this was the first primary election ever in France, based on the American primaries which are cited as an example of voter participation in choosing a presidential candidate who was heretofore always appointed by the Party.

In the world of sports, France is currently in the ban of the World Cup Rugby that is taking place in New Zealand, where France will be facing the host country’s feared All Blacks in the finals on October 23rd. French fans are collectively holding their breath and won’t exhale until it’s all over. Stay tuned. 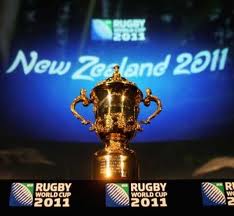 
In the meantime, Marseilles has just announced that the next world championship Pétanque (also called Boules) will be held in Marseilles in October 2012. Little did I know that there was such a thing as a “world" championship for this sport, which resembles horseshoe throwing or the Italian bocce ball and is very popular in southern France. But in 2004 the French Ministry of Health and Sports declared Pétanque a “sport de haut niveau” which qualifies it for government subsidies, and since then the Fédératon Française de Pétanque has been working hard at changing the image of Boules as an old man’s hobby into one of a serious sport for all ages. No mention so far who the other contestants will be.

Fête du Livre 2011
October is also the month for the Fête du Livre in Aix-en-Provence, where the municipal library organizes a four-day annual event that has brought numerous Nobel prize winners and other literary greats(*) to this book-loving city. This year, Mexican writer Carlos Fuentes was the guest of honor, who at age 83 continues to write and add to his considerable body of work. An engaging speaker and tireless participant in three days of conferences, he was joined by about a dozen younger Latin-American writers who acknowledged a debt to Fuentes’s work. Together with Colombian Garcia Marquez and Peruvian Vargas Llosa, Fuentes was declared one of the living monuments of Latin-American literature today. How lucky we are in Aix! 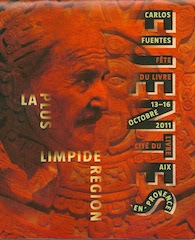 (*) To read about earlier guests at the Fête du Livre, including Philip Roth and Nobel prize winner Toni Morrison, described in Taking Root in Provence, click here.
Posted by Anne-Marie Simons at 10:22 AM