The horrific school shooting in Newtown, CT, has shocked the world and reignited a debate that we have all heard before. European news sources reported the tragedy in terms of "gun madness" and "gun culture" − an American aberration founded on the constitutionally guaranteed right to bear arms. The continuing fierce resistance against any interference with this sacrosanct right despite repeated mass murders is something Europeans cannot understand.

As so often before, there is horror and grief. But this time a line was crossed when 20 of the victims were young children, mowed down in the safety of their school. This tragedy would serve some purpose if it could be the beginning of effective gun control. To let politics and greed again stop serious change would be unforgivable this time. 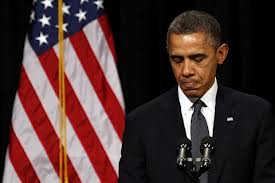 When friends in Europe ask me to explain how these things can happen, I have no answer. How do you explain that the "right" to bear arms, guaranteed by the Second Amendment written in 1791 when the world was a far different place, seems to outweigh the right to be safe, to be protected from weapons that were built not for self defense but for efficiently killing the greatest number of people, weapons that are used in war zones and can be bought LEGALLY in the US today?

How to explain that an unhinged youngster had his pick of deadly weapons at home where his mother, a gun enthusiast and collector, was the first to be killed with one of her own guns? Irony of ironies, she frequently took her son to target practice where he clearly became a good shot.

How can a government that has banned smoking in all public places not ban assault weapons that have no justifiable raison d'être in private hands? How do you reach someone whose mind has been poisoned by years of self-serving arguments and slogans of the National Rifle Association? In the aftermath of the killing, a restaurant owner in Newtown was heard to say on CNN: "Gun control? I don't know about that. Perhaps schoolteachers should have guns. This tragedy might not have happened if those teachers had had guns...". 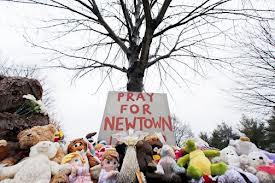 Americans seem to feel an innate need to "protect themselves" and have always enjoyed owning and using guns. But where a simple handgun would meet the need for self-protection, the desire for increasingly bigger and more powerful guns feeds a more sinister human craving.

In a country with 250 million weapons in private hands, the need for meaningful control is more than obvious. Easy access to assault weapons has no redeeming value and endangers the safety of all. Gun lovers have nothing to fear but the loss of assault weapons, and loving assault weapons is like loving napalm; it may have its uses in warfare but not in civil society.

The excessive power of the National Rifle Association and the weak politicians who are willing to do its bidding are largely to blame for today's situation. Enough already!

When President Obama said in Newtown that "we are not doing enough to protect our children" I disagreed. We are doing everything to protect our children but if the government cannot control the proliferation of dangerous weapons, nothing we do for our children will ever be enough. It was clear that he was still shying away from using the words we need to hear, GUN CONTROL, and that even in his second mandate he instinctively remains cautious. Only after Senator Dianne Feinstein said she would propose gun control legislation that bans all assault weapons did Obama announce that he would back her proposal. A few days later he appointed Vice President Joseph Biden to head a White House task force to tackle gun violence.

There, you (almost) said it, President Obama. Now - Just Do It.  YES, YOU CAN!  Here is your chance to make your presidency the one that can finally claim:  Yes, We Did!