The departure of French actor Gérard Depardieu for tax-friendlier Belgium has had an unexpected aftermath. Among the fellow-actors and politicians who openly criticized the actor's move was Prime Minister Jean-Marc Ayrault (yes, he again), who called Depardieu's behavior "pathetic". In response, a furious Depardieu applied for Belgian citizenship and wrote Ayrault an open letter published in Le Journal du Dimanche that says:  I am surrendering my French passport and social security because France rewards success, talent, creativity and entrepreneurship with punitive taxes. [...]  I may not deserve admiration but I deserve respect, he continues, and as for being called pathetic, he tells Ayrault: "Who are you to judge me like that?" 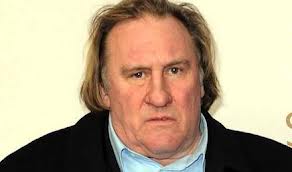 No reaction from Ayrault, but François Hollande told a reporter: "I don't like to single out individuals but would prefer to praise those who have the sense of solidarity and responsibility to remain when their country is in difficulty". He also would like to see more tax equality between neighboring European countries. Several ministers responded in the same vein, calling French citizenship an honor that comes with rights and obligations, including the duty to pay taxes. Even President Putin weighed in, offering Gérard Depardieu a Russian passport anytime he wants it.

There is a clear divide between the Left and the Right (UMP) on the issue of increased taxes on the rich. The UMP sees it as an invitation to tax exile and a threat to foreign investment in France, while the socialists adhere to the philosophy of solidarity and partnership through good times and bad.

It can be said that the French have a peculiar relationship to money. Being rich is not admired here as it might be in the US, where a businessman who amassed a fortune by his wits and hard work deserves the big house and the status in society that his wealth bestows on him. It is neither admired nor condemned that the rich would use all the means available to them to avoid paying taxes. Like maximizing profit, it is seen as a business practice rather than anti-social behavior.

After a month-long bitter fight following the contested November election, rivals François Copé, current UMP party leader, and François Fillon, fellow contender and former Prime Minister, have agreed to hold new elections for UMP party leader in September 2013. It is assumed that both men will again be seeking the party leadership in the fall, but Fillon has not yet confirmed his candidacy. New rules are being worked out for the proper oversight and total transparency of this next election and a new management team has been formed with representatives of both contenders. As soon as this new management team is installed in January, Fillon will dissolve his breakaway RUMP faction and reunite the UMP party in the National Assembly. 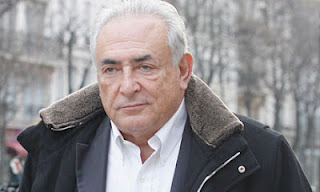 A week after he settled a civil court case in New York, French judges in the appeals court of Douai rejected former IMF Director Strauss-Kahn's claim for dismissal of the charges against him in the Carlton Affair. He stands accused of aggravated pimping, but he has denied knowing that some of the women he cavorted with were prostitutes. His lawyers called the judges biased and say they are trying to "criminalize lust". They will appeal and promised to go to the supreme court, if necessary.

Is it a publicity stunt?  An election gimmick?  Hard to tell with Silvio Berlusconi whose recently announced candidacy for the next election for prime minister was met with a yawn. The financial markets did not react at all, and a majority of Italians seem to think that he has little chance of winning in February, especially now that Mario Monte has declared himself willing to step in if called upon.

So how does Berlusconi get the spotlight back on himself? By announcing on a popular Italian television station (owned by him) that he has a new fiancée. Yes, fiancée. This time it's serious, he says, as he describes 28-year-old Francesca Pascale as extremely beautiful, both inside and out. Born in Naples where she headed a Berlusconi fan club, she met her idol several years ago, and as their relationship deepened has been taking lessons in speech, composure and other useful attributes for a role in public life.

Berlusconi (76) has always had a strong female following but has been losing part of that constituency as a result of his vaunted sexual exploits and bunga-bunga parties, which he now says he regrets. Without his traditional female support his chances at being elected are weakened and a new fiancée and possible marriage may help him reclaim his lost fan base. Could this May-December marriage make the difference? Berlusconi seems to think so.

And so we have come to the second anniversary of my blog. I thank you for having read this far and hope you will continue to read, share, and participate in the future.

HAPPY HOLIDAYS TO ALL OF YOU! 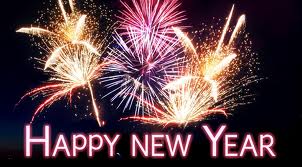 SEE YOU NEXT YEAR!

Posted by Anne-Marie Simons at 7:13 AM