One of my heroes just died at age 95. Stéphane Hessel, French Resistance fighter during World War II, survivor of the Buchenwald concentration camp, diplomat and writer, is perhaps best known for a pamphlet-sized book he wrote in 2010 titled Indignez-Vous! (Time for Outrage! in English). It sold more than 4 million copies worldwide and spawned movements such as Occupy Wall Street in the USA and Los Indignados in Spain. His message of peaceful resistance against any form of social injustice resonated at a time of international turmoil following the financial meltdown, and the little book became an instant success. Among Hessel's causes were the plight of Palestinians, the illegal immigrants in France, and protection of the environment. His latest work, A Nous de Jouer!, will be published later this month.

A few years ago I met Hessel when he gave a lecture at the municipal library in Aix-en-Provence where he mesmerized the audience and got a standing ovation. He spoke with youthful enthusiasm, inciting without haranguing, smiling frequently yet being dead serious when he urged the younger generation to remember the spirit of resistance and reject rampant capitalism or attacks on human dignity. He would quote poetry − in English, French and German − and said it was his greatest pleasure in life and had sustained him during torture and in the death camps. (In "Ô Ma Mémoire - La Poésie, Ma Nécessité" (Seuil, 2006), he weaves an autobiographical thread through an anthology of 88 of his favorite poems).

In the mold of old activists like Hervé Morin, Curtis Roosevelt, and Michel Rocard with their Roosevelt 2012 collective (see my blog of March 2012), Hessel spoke out in support of Europe while warning against the growing gap between the world's rich and poor and against "the international dictatorship of the financial markets". This inspiring figure, who came to enjoy near rock-star popularity in his nineties, was also the only Frenchman I know who spoke slowly! 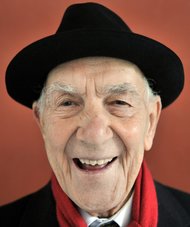 Foreign Policy magazine listed Hessel as one of the world's great global thinkers, and he was eulogized by President Hollande as well as numerous other public and political figures. Reading the last interview he gave just one week before his death, it is hard to believe that Hessel is gone. May his defiant spirit and his rallying cry to "Get Involved!" live on.

Following a complaint by Dominique Strauss-Kahn, a Paris court judged the book Belle et Bête by Marcela Iacub to be an invasion of privacy, and ordered that an insert be added to each copy stating as much. This is expected to delay the launch of the book, which was set for February 27th, by about a week. In addition, he ordered that the author and her publisher (Stock) pay DSK €50,000 in damages and that Le Nouvel Observateur pay €25,000 for the excerpts it printed prior to the book's publication. Moreover, the magazine was ordered to publish this verdict in its next issue.

The court rejected Strauss-Kahn's request to have the book banned, but DSK's lawyer said he was satisfied with the outcome since books are rarely banned in France.

Actress Isabelle Adjani, who was to play the role of DSK's then-wife Anne Sinclair opposite Gérard Depardieu as Strauss-Kahn in a movie to be made by American director Abel Ferrara, has just announced that she is withdrawing from the project. "In the context of recent developments based on the destructive invasion of privacy of Strauss-Kahn and Sinclair, I no longer wish to be associated with the film Abel Ferrara is preparing," she says, adding that she had been looking forward to working with Depardieu and that she admired Ferrara's work. 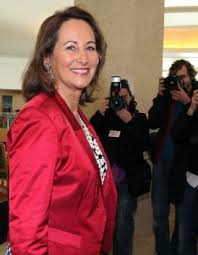 Ségolène Royal, French politician, former non-married wife of François Hollande and mother of his four children, and former presidential candidate in 2007, has been named Vice President of the French Banque Publique d'Investissement (BPI). She maintains her position as President of the Poitou-Charente Regional Council. Amid controversy and a treacherous Twitter message from Hollande's current companion Valérie Trierweiler, Royal lost in the legislative elections of June 2012 − a bruising defeat in a remarkable political career.

Her position of Vice President and Spokesperson at the BPI will allow her to be closely involved in the granting of loans to small and medium-sized regional companies, and will give her added public exposure. It may also bring her one step closer to her hoped-for re-entry into a government role at the national level.

As part of the MP13 cultural events, cities throughout the MP13 area from Arles to La Ciotat via Aix-en-Provence, are hosting shows, concerts, and exhibits with a connection to the cultures of the region and the Mediterranean Basin. Various forms of art, from antiquity to today, are presented in age-old buildings or in brand-new ones, such as the striking Villa Méditerranée by Italian architect Stefano Boeri and the MuCEM (Museum of Cultures from Europe and the Mediterranean) by local architect Rudy Ricciotti, neither one of which is open to the public yet. The Villa Mediterannée is set to open in early April and the MuCEM in June. The visitor would do well, however, to check the MP13 website for any program changes or delays.

Despite some criticism from out-of-town visitors about poor communication and far-away ticket booths, the response to the many new museums and exhibition halls and to the innovative new architecture in Marseilles has been very positive. And after many months of construction sites and traffic tie-ups throughout the city all is forgiven and the local population loves its renovated Vieux Port with its vast new esplanade, reduced traffic flow and increased pedestrian-only space. All the better to enjoy the pleasures of the waterfront well beyond MP13.

For details on the numerous events planned throughout this year, you may want to consult the MP13 website here.

Posted by Anne-Marie Simons at 3:26 AM