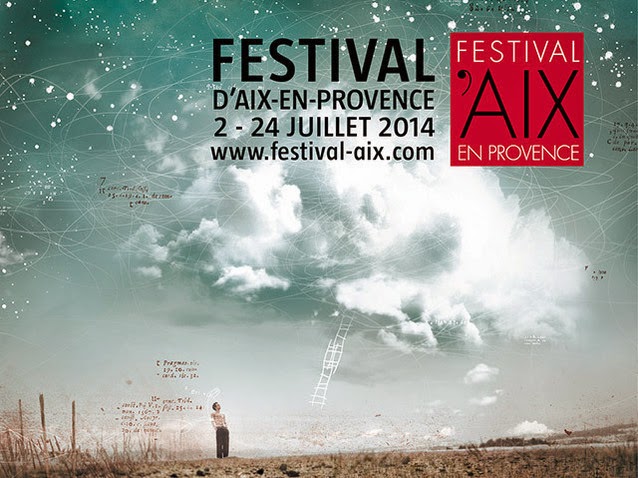 Here we are at the end of our pre-opera month of June (master classes, public concerts, conferences, etc.) and VERY relieved to learn that our actual opera festival in July will indeed take place. Just days ago, Bernard Foccroulle, Director of the opera festival in Aix-en-Provence, made it official: after intense debate and negotiations, the intermittents du spectacle, the temps of the entertainment world (see blog June 15) in Aix voted to call off their strike here, even though the dispute remains unresolved in Avignon for now. Phew! A repeat of the disastrous summer of 2003 was avoided in the nick of time.

Prime Minister Manuel Valls extended a "helping hand" to the intermittents in announcing that the waiting time between the last paid job and the beginning of unemployment payments would not have to be borne by the intermittents but would be paid for by the State (at a cost of €40 million), and that before the end of this year his government would make sure that the special statute of the intermittents would be fixed once and for all. In exchange, he asked them to drop their strike.

This past month has seen a rash of strikes (railroad workers, air traffic controllers, public defense lawyers, farmers, driving test inspectors, the SNCM ferry between Marseilles and Corsica). Many were in protest against the dreaded "reforms" required to improve France's competitiveness and boost its economy, and to bring its public debt down to 3 percent of GDP. In a country where every announced cutback is greeted with a strike, and where it is now up to a socialist government to enact painful reforms where previous, center-right, governments have failed, this is a near-impossible task.

And yet - it is difficult to see a clear line of conduct in the government's response to this challenge.

Take the Ecotax (see blog 11/1/2013)  that was to be implemented in France on January 1, 2014 after seven other European countries had already done so, and was to bring in €1.2 billion per year in revenues. Based on the "polluter pays" principle that taxes heavy trucks of over 3.5 tons, this measure had already been accepted by the Parliament and was meant to finance new public transportation systems in cities and promote rail and river transportation of freight. To collect the tax, France had signed a 13-year contract with private Italian company Ecomouv to build and manage the sophisticated Ecotax roadside equipment (portiques) along French highways at a cost of €18 million per month.

However, soon after a group of noisy and destructive truckers in Bretagne protested against this tax last October, President Hollande decided to postpone its implementation (again) until 2015. Then, his new Minister of Ecology, Ségolène Royal, announced last week that the planned Ecotax has been canceled and replaced by a special toll fee on heavy trucks, and that the French government will buy a 20 percent share of Ecomouv. The new toll fees will produce only half as much income as the Ecotax would have done and will be less effective in reducing pollution levels, which reached a peak in Paris earlier this year and regularly exceed health safety limits in the Paris, Marseilles and Strasbourg areas.

Dropping the Ecotax means a loss of revenues of some €600 million per year and the cancellation of a number of eco-friendly infrastructure projects and employment opportunities, while a 20 percent investment in Ecomouv is not expected to pay off anytime soon.

What makes the government's decision even more incomprehensible is the fact that recalcitrant Bretagne will be excluded from this extra toll on heavy trucks, and that elsewhere in the country, notably in the industrial Alsace-Lorraine area with its heavy truck traffic across the French-German border, the Ecotax was welcomed.

This seems like a missed opportunity for the government to raise money directly from polluters in order to create and promote clean alternatives -- something that benefits everybody and has already been done successfully by many EU countries. 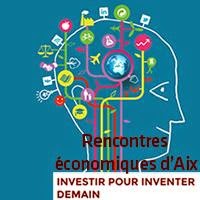 Perhaps the economic forum on the theme of "Investing Today to Invent Tomorrow", to be held in Aix-en-Provence July 4-6, may spark some new ideas. Among the speakers are current and former French and foreign government and industry leaders, Christine Lagarde (IMF), Pascal Lamy (former head of WTO), Michel Barnier (European Commissioner), former Italian prime ministers Mario Monti and Enrique Letta, various finance ministers, economists from Harvard, Princeton, Oxford, and members of other prestigious institutions. Submitting to this group the case of Socialist France in Today's Globalized World might produce some interesting answers.


THE REIGN IN SPAIN

As France is experiencing its share of difficulties, so does Spain where 76-year old king Juan Carlos suddenly abdicated in early June in favor of his 46-year-old son Felipe amid corruption scandals that just won't go away. Starting with his ill-advised elephant hunt in Botswana in 2012 and growing rumors of his amorous liaisons, the king's popularity had been declining but took a serious beating after damaging revelations in the corruption case of his son-in-law Iñaki Urdangarin and daughter Princess Cristina, who stand accused of embezzlement of public funds and money laundering.

After a 39-year reign where he oversaw the transition from Franco's dictatorship to democracy, saved the country from a military putsch in 1981, and had always commanded the affection and loyalty of his people, the latest scandals have seriously damaged his legacy.

Physically diminished after five hip operations, a tired and tainted Juan Carlos seemed no longer able to inspire respect and confidence among his subjects who have been plagued by years of economic hardship and high unemployment.


Juan Carlos is the third monarch to abdicate in the past two years, after Queen Beatrix of Holland and King Albert of Belgium who made way for their oldest sons. Next in line are the monarchies of Denmark, Norway and Sweden, and of course the 88-year old queen of England who has given every indication that she will "die in the saddle", but even that heroic death cannot be more than a few years away.

All largely ceremonial figures, these monarchs are becoming increasingly irrelevant and the next generation may well be the last in line. Among the reasons cited for abolishing the monarchy is the cost of maintaining them, but Christina Patterson in the June 28 edition of The Guardian claims that, in the case of Queen Elizabeth II, her "royal grant" of £40 million per year (which serves to cover the costs of her function and maintaining the royal palaces) translates to just over one penny per week per person of the realm. She still carries out about 430 engagements a year, uncomplaining dignity included, and is about the only steadfast thing left in a turbulent time. All that for a penny per person per week − it's a bargain.

PRESIDENT OF THE EUROPEAN COMMISSION

Finally, despite fierce opposition by David Cameron of the UK, Jean-Claude Juncker was elected as the next President of the European Commission in Brussels where he will replace Jose-Manuel Barroso.
Juncker, former finance minister and long-time prime minister of Luxembourg, who worked with former German Chancellor Helmut Kohl on the establishment of the Euro, is seen as a veteran of European politics but is considered too much of a federalist by Cameron who fears a loss of national influence as a result. His bullying style and barely veiled threat of a UK withdrawal from Europe if he lost, was finally seen as blackmail and isolated him completely. Cameron called his defeat "a bad day for Europe" and said his fight to keep Great Britain in a reformed European Union has become harder. If re-elected, he has vowed to hold an In-or-Out referendum on the question in 2017.

As "tweeting" has become an accepted verb and the tweet has entered the dictionary, you may want to know that a tweet in Spain is a "tuit".