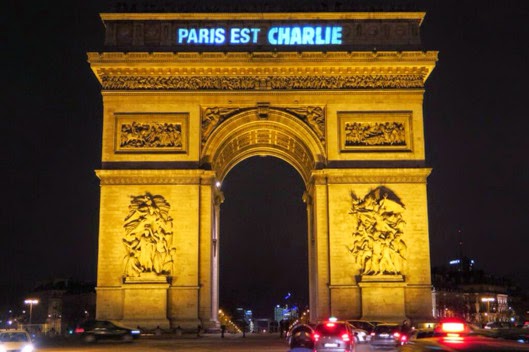 If I were more computer-savvy this blog would be bordered in black today. As it is, the black borders remain virtual but the mourning does not as France is reeling from two attacks by Islamic extremists this week, leaving 17 dead and a number of wounded. Their targets were the satirical magazine CHARLIE HEBDO (a weekly named after Charlie Brown) and a kosher supermarket in Paris. 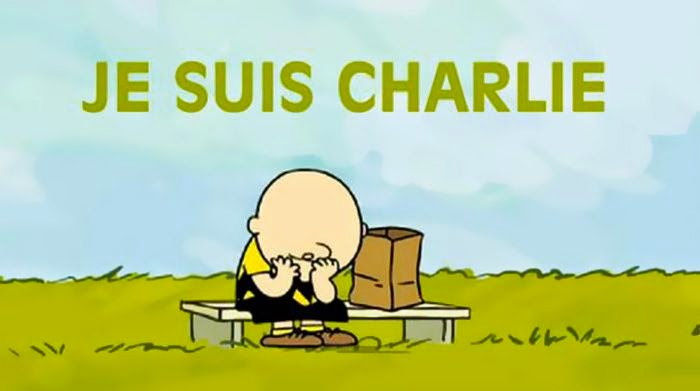 In their well-planned attack on the offices of Charlie Hebdo magazine during the weekly editorial meeting on Wednesday with staff writers and five cartoonists around the table, two French-Algerian brothers, Chérif and Saïd Kouachi, killed ten and severely wounded four people and killed an additional two policemen outside, shouting "We have avenged the Prophet!" before making their getaway in a stolen car. In their flight from pursuing police they managed to ditch their car and commandeer another from a frightened driver, and to slip out of town. Put on high alert, police began to stop and search cars and the next day, at one such checkpoint in nearby Montrouge, a 26-year-old policewoman was shot and killed as she tried to pull over 32-year old Amedy Coulibaly, a French-born immigrant from Mali. Coulibaly and his female passenger got away.

On Friday, the police caught the fugitive brothers in their dragnet and trapped them in a printing plant in a small town north-east of Paris, where after a seven-hour standoff France's special anti-terrorist forces killed them in a shootout and liberated their lone hostage. That same Friday, Amedy Goulibaly walked into a Jewish supermarket in Paris where he took 16 people hostage, demanding the liberation of the Kouachi brothers with whom he appeared to have close ties and a shared radicalized belief in Islam. Before the day was over, he had killed four of his hostages and was killed himself when anti-terrorist police stormed the market. Four policemen were wounded in the operation.

As the story of Wednesday's attack on Charlie Hebdo unfolded, a spontaneous reaction of outrage, grief and defiance drove thousands of people into the street where they gathered to honor the victims and demonstrate their support for the magazine and what it represented. These demonstrations have spread all over the country with large numbers of people gathering every night, carrying JE SUIS CHARLIE signs. Thousands of burning candles have been left in front of city halls throughout the country, and walls covered with messages, cartoons and pencils stuck into the cracks in the wall. It is as if all of France rose up as one, united in its condemnation of this murderous attack on freedom of speech. 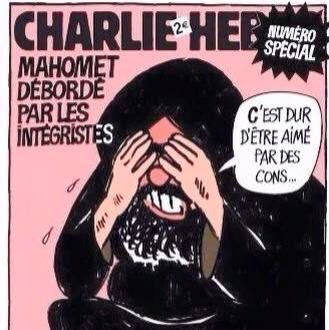 Charlie Hebdo's covers may have been shocking, crude, offensive, or even blasphemous at times, their right to be so has never been questioned. Not only were they seen as a form of free speech, they also fulfilled a national craving since deep inside the French soul is a need to mock. Provocation is the name of the game and gets people's attention. 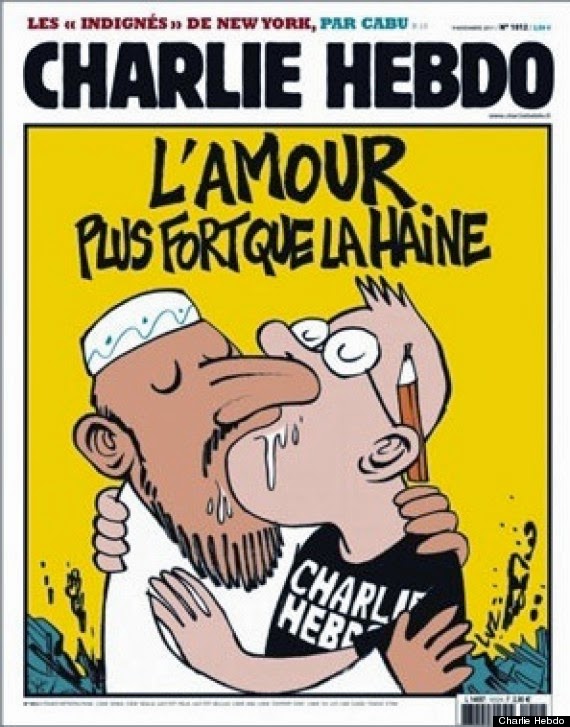 That provocation comes with risks. In 2004, Dutch filmmaker and provocateur Theo van Gogh was murdered by a young Dutch-Moroccan Islamic fundamentalist for having produced a short film that was considered offensive to Islam. The killer shot van Gogh, who had received threats but ignored them, as he bicycled to work in Amsterdam, and left a ranting Islamic message pinned to the body with a dagger. Charlie Hebdo also had received threats, and after its offices were firebombed in 2011 its editor, Stéphane Charbonnier, was given police protection. In an interview in front of his burned-out office, "Charb" (as he signed his cartoons) responded with the French children's expression Même Pas Peur to indicate he was not afraid at all and added an extra barb to his next cover by changing the name Charlie Hebdo to Charia Hebdo. He may have been pushing his luck, but his luck had never failed him. Until it did.


Convinced that satire and humor are the best weapons against a society's aberrations, Charlie Hebdo spared no one and heaped its irreverent criticism on politicians and religious leaders across the board, even when its cover cartoons sometimes got dangerously close to the edge. Cartoonists are very popular in France and those at Charlie Hebdo were considered the best. Restraining them would be seen as censorship and therefore unacceptable. Savaging the high and mighty is a national sport in France, and no one did it better than Charlie Hebdo. 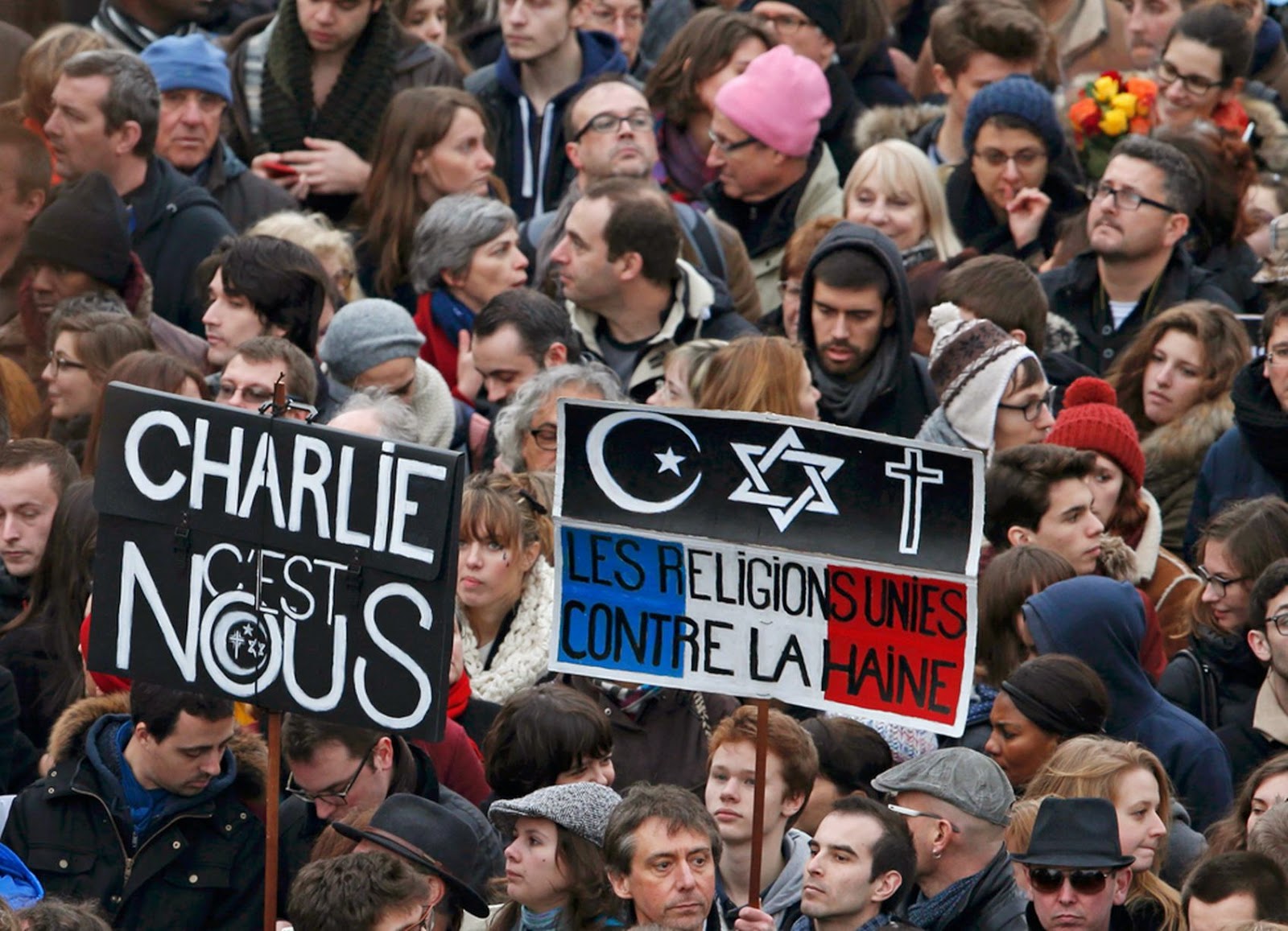 Ten percent of France's citizens are Arab immigrants from the Maghreb countries, most of them practicing Islam. By and large this group is moderate and well integrated and in no way seen as a threat. They have made every effort to distance themselves from the extreme views of the militant Islamists whose fanaticism they strongly condemn.

French Jews, on the other hand, have been leaving France for Israel at twice the usual rate last year following a number of deadly anti-Semitic incidents, often perpetrated by young Arab immigrants. Peaceful coexistence between these two groups, as well as the new immigrants from Eastern Europe, is one of the challenges for today's political leaders, especially in times of high unemployment. 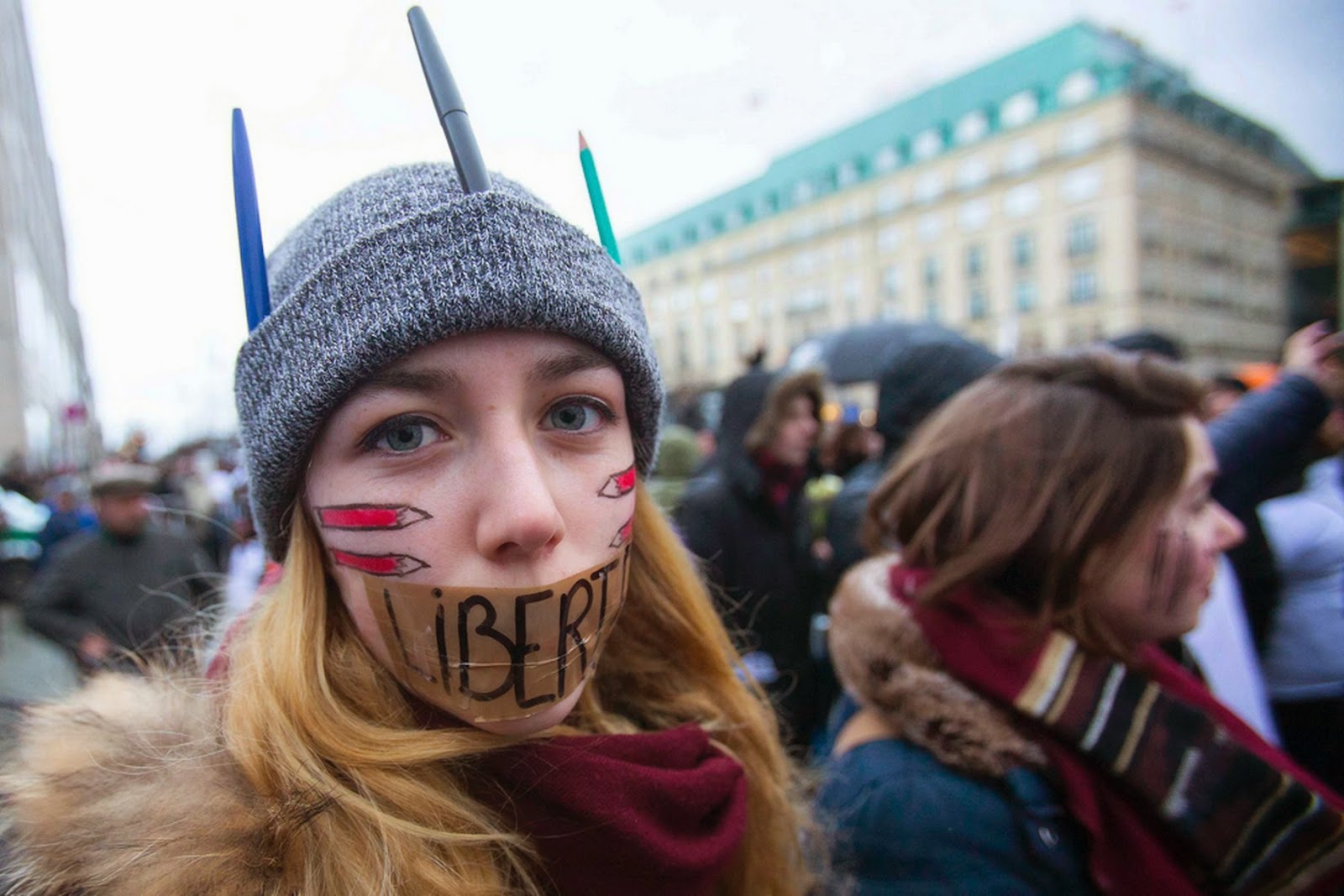 After the horrendous attacks of this week France remains jittery and on edge, but the fantastic show of unity and solidarity in its wake has reignited a sense of pride among the French and a strong determination to stick together in the face of terrorist threats and religious fanaticism. As my husband and I marched in Aix-en-Provence yesterday, waving our signs and chanting I AM CHARLIE in a massive chorus, we were immensely proud of France and its resolute rejection of crime in the name of religion, of terrorism in all its forms. All of diversified France was there, Muslim, Catholic, Jewish, but above all French, speaking with one voice for once.

In this country of human rights wrought from revolution, as its national anthem La Marseillaise
reminds us every day, today France was for all the world to see a country of LIBERTÉ, ÉGALITÉ, FRATERNITÉ and UNITÉ. It was beautiful.

As for Charlie Hebdo, its survival seems assured. The next issue will come out on time, next Wednesday, with a print run of one million copies, and thousands of people have pledged to become new subscribers. The surviving Charlie staff have been welcomed and temporarily housed by the daily newspaper Libération while their offices are being repaired. On borrowed computers they are hard at work to create future issues worthy of their colleagues who died for the sake of free speech. Untold numbers of grateful Charlie followers stand behind them, whispering encouragement and support.
It took a tragedy to bring out the best:  an unforgettable image of a nation, joined by foreign leaders of all stripes, marching arm in arm in Paris in a united stand against fanaticism and terrorism.
It's Charlie's legacy - may it live forever. 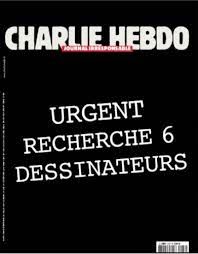 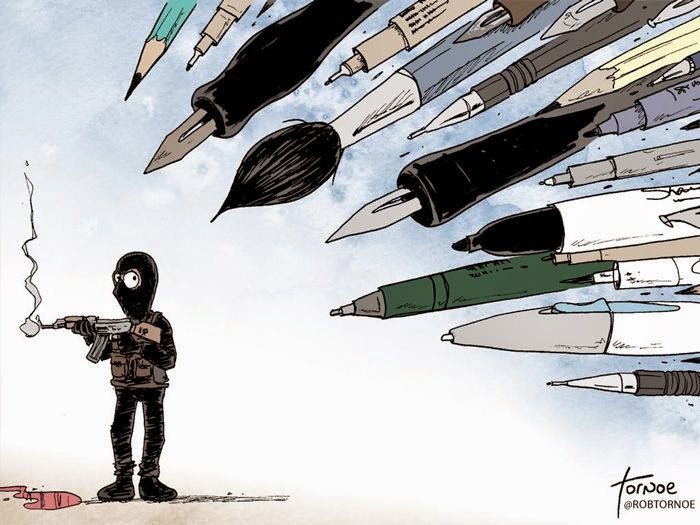 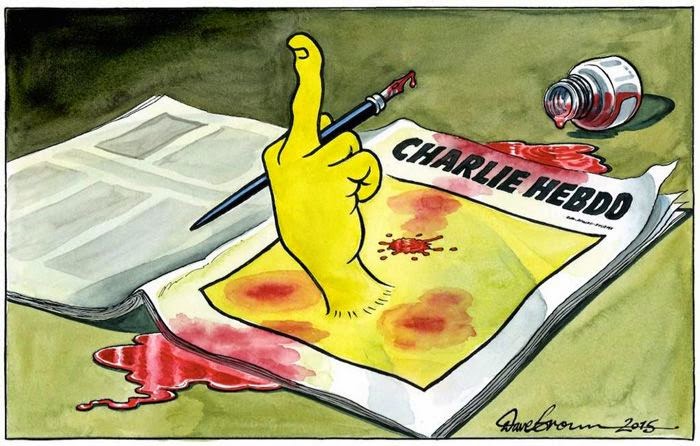 Posted by Anne-Marie Simons at 5:39 AM