This month France has made front-page news worldwide and left us with indelible images of the shocking terrorist attacks at Charlie Hebdo magazine and a kosher supermarket in Paris. Just as unforgettable was the subsequent show of solidarity and unity on city streets. Who has not seen the picture of dozens of world leaders marching arm-in-arm with President Hollande in Paris in defense of democratic values and in universal condemnation of religious fanaticism? Of course, we may question the motives of some participants with spotty human-rights records at home; the massive show of international support nevertheless served to give a much-needed boost to François Hollande's stature as president and of France's place in the wider world.

As terrorist groups like Al Qaeda, Daesh/ISIS or Boko Haram continue to hit with seeming impunity in Pakistan, Afghanistan, the Middle East and Western Africa, France has repeatedly suffered acts of Islamic terrorism at home, inflicted by its own radicalized citizens. The country is growing its own extremists and should take a hard look at the reasons why these French-born immigrants decide to wage war at home, for which they are trained in Syria or Yemen. To avenge a perceived disrespect to their Prophet Mohammed they have killed cartoonists, Jews, soldiers, and even little children in front of their Jewish school.

Within days of the huge solidarity march on January 11th, Prime Minister Manuel Valls admitted that there had been security lapses in France and announced the following immediate measures:  nearly 2700 new hires in the ministries of the Interior, Justice and Defense (including border control and increased intelligence exchange), with a three-year budget of €735 million. This includes 60 additional prison chaplains and five separate prison wings for holding radical islamists.

In a rousing speech to Parliament, Valls reiterated that secularism (la laïcité) is a cornerstone of the French republic and that any attack on French Jews or Muslims is an attack on France itself. "We are at war against terrorism, jihadism and radicalism, not against Islam and Muslims," he said, adding that Islam, the country's second religion after Catholicism, "has its place in France."

It should be remembered that in 2013 France sent troops to Mali to push back the invasion of AQMI (Al Qaida au Maghreb Islamique) extremists who threatened to overrun the capital and impose sharia law. It has taken part in airstrikes against ISIS in Iraq, and stood ready to provide arms to Syrian opposition forces as part of an international coalition against the regime of Bashar al-Assad. At the last moment, the US withdrew from this coalition and the plan fell apart. Today the Charles De Gaulle, France's nuclear-powered aircraft carrier and largest war ship in Western Europe, is still cruising in Mediterranean waters, ready to deliver airstrikes against Islamic militants. This is undoubtedly one of the reasons why France is regularly threatened by jihadists. 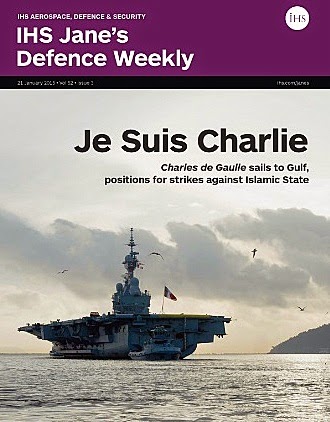 The government's actions during and immediately following the January attacks have been applauded by both the left and the right, with François Hollande and Manuel Valls each gaining in the opinion polls. They re-emphasized the French republican values of Liberté, Egalité and Fraternité, as well as the principle of the secular state.

Nevertheless, the recent events have opened a debate about the theory that "religion has no place in state schools" and led to a growing demand for French schools to teach religious awareness in order to develop greater understanding between people of different religions, notably with regard to France's Islamic minority. Religious education is not officially banned from state schools − it can take place after school hours. Nearly 20 percent of French students attend subsidized private (mostly Catholic) schools, which are open to all faiths.

The typical profile of the Islamic jihadist in France is that of a French-born immigrant who grew up in the suburban housing projects with higher-than-average unemployment and a high crime rate, who is poorly integrated into the French mainstream, has few or no employment prospects, and becomes an easy target for radical Islamist recruiters. They join the Jihad, get sent to Iraq or Syria or Yemen for training, and return to France with a mission to avenge the Prophet.

Manuel Valls has said that 1400 Muslims living in France have either joined or are planning to join the jihadist cause in the Middle East. With improved intelligence and increased resources, he hopes to hunt down and eradicate these extremist cells in France and to arrest returning radicals at their point of re-entry before they can go into action. Meanwhile, the country remains on high alert.

Fear has entered the national consciousness, as much of religious fanaticism as of the rise of the extreme-right National Front party of Marine Le Pen. French Muslims are fearful of retaliation; Jews have increased the protection of their synagogues and schools; Le Plan Vigipirate (highest alert) is still in place at airports, railroad stations and tourist sites, and public security forces have been reinforced by 30,000 soldiers "for as long as it takes" according to the Minister of Defense. The January 7 attacks have marked France as "9/11" has marked the United States and may have shaken up a certain complacency in this country known for its quality of life and a good bit of hedonism.

But life goes on. A nation-wide truckers' strike has entered its second week with no agreement in sight, the labor figures for December are in and show a continued rise in unemployment (up by 5.8 percent in 2014), Europe is nervous about the recent election of left-wing Alexis Tsipras as Prime Minister of Greece who wants to renegotiate the Greek debt (with potential consequences for Italy, Spain and Portugal), and so on.

Perhaps the old motto of CARPE DIEM is still our best guide. But with eyes and ears wide open. 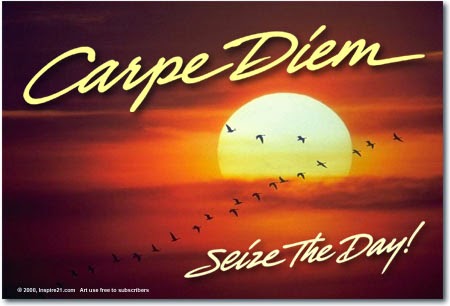