This month of February, two long-running legal sagas have finally gone to court in France: those of Dominique Strauss-Kahn and Liliane Bettencourt. Another matter, thought long settled, bounced back to Bernard Tapie and into the news.


After the two-week trial of the Carlton Affair in Lille where he stood accused of aggravated pimping, a haggard-looking Dominique Strauss-Kahn could finally leave town and await the verdict, due in June, with some optimism. Following many days of testimony by a cast of characters that included prostitutes and an unsavory Belgian procurer named Dodo La Saumure, the final phase of his fall from grace contained at least one positive note for DSK when the prosecutor called for the charges against him to be dropped for lack of evidence. The man is being judged on legal grounds not moral ones, was the message, and legally the case was weak.

If this trial with its share of sordid details did not elicit any laughs, the one who must have raised at least a chuckle was Dodo The Pimp when he said:  "Dominique Strauss-Kahn has tarnished my reputation."


Twice postponed, the case concerning Liliane Bettencourt, heir to the L'Oreal fortune and France's richest woman (estimated net worth €33 billion), was finally heard in Bordeaux seven years after Bettencourt's daughter and only child, Françoise Bettencourt-Meyers, filed a criminal complaint for "exploitation of a person's mental and physical fragility for personal gain". She specifically accused François-Marie Banier, photographer, writer and society figure, of exercising undue influence on her mother and illegally obtaining gifts valued at €1 billion, while at the same time driving a wedge between mother and daughter.

Banier met Liliane Bettencourt when he was commissioned to photograph her for a magazine in 1987 and became friends with Mrs. Bettencourt and her husband Guy, who died in 2007. Witty, clever and entertaining, Banier became a frequent visitor and confidant of Mrs. Bettencourt who was interested in the arts.

In 2007, tipped off by people on her mother's household staff, Françoise Bettencourt-Meyers became aware of her mother's extreme generosity toward Banier and feared his increasing hold over her. In addition to gifts totaling around one billion euros (real estate, life insurance policies, master paintings, cash) she had also named him sole heir (since revoked). Those in Mrs. Bettencourt's immediate environment who disliked Banier's "arrogant ways" were happy to provide Françoise with evidence (including phone conversations secretly taped by the butler) of "advisors" exploiting her mother's alleged senility. Françoise's findings as well as her request that her mother undergo a medical examination of her mental state infuriated Liliane Bettencourt and caused the estrangement between mother and daughter that lasted for years but failed to sideline Banier. Françoise then filed a criminal complaint and turned the tapes over to the police.

Mrs. Bettencourt's personal bookkeeper told the court of regular cash payments to conservative political figures, including Nicolas Sarkozy (since cleared from wrongdoing for lack of evidence) and former Budget Minister Eric Worth who allegedly obtained illegal cash contributions for Sarkozy's 2007 presidential campaign and a job for his wife. The taped phone calls also revealed a multi-million euro gift of works of art to Banier's long-time companion Martin d'Orgeval and of €12 million in cash to Patrice de Maistre. The latter, who was Mme Bettencourt's financial manager, is overheard to give her advice on tax evasion, and persuaded her to invest €143 million in an online poker game company run by a friend of his.

In all, ten people are alleged to have profited illegally from Liliane Bettencourt's largesse and fragile mental state. Among them was her former nurse Alain Thurin, 64, who tried to commit suicide by hanging just hours before the trial opened and remains today in a coma.

Mrs. Bettencourt did not attend the trial. Frail and judged by a court-appointed medical team to be suffering from "dementia and moderately severe Alzheimer's disease" since 2006, she was declared incompetent to attend to her own affairs in 2011 and has since been placed under the legal guardianship of her eldest grandson, Jean-Victor Meyers.

The five-week trial in Bordeaux ended last week, with the verdict to be rendered on May 28th. But that may not be the end of it.
Consider the scenario: a mother-daughter feud stoked by the mother's friend and court jester, an attempted suicide, spying servants, sticky-fingered lawyers, politicians, financial advisors and supplicants, all ready to take advantage of a confused elderly widow with too much money. This has all the makings of a great television series. 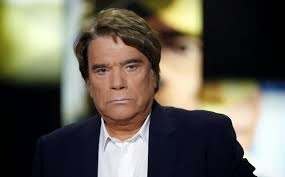 Controversial French businessman and sometime actor Bernard Tapie got a nasty surprise on February 17th when the Court of Appeals of Paris overturned the 2008 decision by the Court of Arbitration that awarded Tapie €403 million for the fraudulent sale by the Crédit Lyonnais bank (CL) of Adidas, a company Tapie owned at the time. The Court of Appeals found that Tapie and his lawyer had pre-existing links to one of the three Arbitrators of the case, whose judgment was therefore considered not impartial and rendered the conclusion invalid. It is not clear how much money Tapie will have to reimburse.

In 1992, Tapie decided he wanted to go into politics and was named Minister of City Affairs by then president François Mittérand on condition that he divest himself of any business he owned so as to avoid potential conflicts of interest. Having bought the Adidas sportswear company several years earlier with the help of a loan from public bank Crédit Lyonnais, he asked CL to assist in the sale of Adidas and set the asking price at €335 million. In 1993, having found no takers, CL offered to buy Adidas itself and paid Tapie his asking price but soon afterward sold the company for €701 million to businessman Robert-Louis Dreyfus. Tapie claims that CL had known of the potential buyer all along but kept him hidden in order to make the deal itself. He sued CL and after fourteen years of legal proceedings Tapie requested and Christine Lagarde, then Economics Minister of President Nicolas Sarkozy, accepted that the matter be submitted to Arbitration for a speedier resolution. [Note: Tapie had meanwhile switched allegiance from the socialist to the centre-right UMP party, where he found the backing of Sarkozy just as he had won over Mittérand before.] The parties chose three arbitrators, who concluded that Tapie had indeed been cheated and ordered CL to pay him €403 million in damages and interest.


This may seem just another business dispute, but everything concerning the colorful Bernard Tapie tends to become a matter of national interest. He is handsome, brash, pugnacious and visible, able to charm men and women alike. A self-made millionaire, he has made and lost fortunes, owned a successful cycling team (winning the Tour de France twice), and the OM football club of Marseilles (national champion four times in a row). But in 1994 he was accused of match fixing, spent six months in prison, and had to resign as government minister. Released from prison, bankrupt, banned from football and ineligible for public office, he decided to become an actor and appeared in a film by Claude Lelouch, Hommes, Femmes, Mode d'Emploi, on stage in One Flew Over the Cuckoo's Nest, on television in the series Commissaire Valence and as a TV game show host. In 2011 he was the subject of an American documentary: "Who is Bernard Tapie?" by Marina Zenovich.

In 2013 he bought a string of newspapers in the south, including the biggest regional paper La Provence, which brought him back to Marseilles where he was fondly remembered for his golden years at OM and where his outsize personality was a natural fit. Here, the gutsy street kid who outsmarts the stuffed-shirt bankers, dares to think big, is bling-bling to his eyebrows, happy to show off with a yacht, private plane, and multiple residences, is a bit of a comic-strip hero.

He borrowed heavily to buy the newspapers and had to sell his yacht and private plane to cover debts, and following the recent cancellation of his arbitrage award many of his assets have been seized. But to his fans, this is just another setback he will overcome. The man has been up and he has been down, but he is larger than life. He will find a way, he will be back.
When and how?  Stay tuned for the next instalment.

Posted by Anne-Marie Simons at 1:09 PM