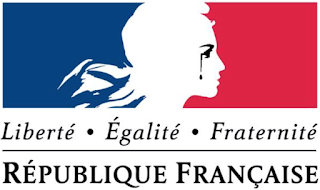 As France mourns its dead from the brutal terrorist attacks perpetrated at six separate sites in Paris a week ago, questions are beginning to displace the initial cries of pain and disbelief, and the intense sadness and sympathy felt for the victims.

With a lump in our throat and a vivid memory of the Charlie Hebdo attack in Paris just ten months ago, we watched the candles and mounds of flowers left at the killing sites as well as in front of city halls all across the country, listened to the stirring Marseillaise, read the moving messages:  I lost my son and all I did was buy him a ticket to a concert;  129 dead, 65 million wounded;  Your Wars, Our Dead;  and We are Not Afraid!  We observed a minute of silence for the victims and listened to a somber but determined President Hollande as he addressed the two houses of Parliament. "This is war!" he declared, as he outlined his "merciless response" to ISIS which had claimed to be punishing France for its air strikes in Syria and Iraq. France will fight back with all its means and destroy ISIS, Hollande said, adding that the night before, twenty French fighter planes had bombed the city of Raqqa, an ISIS stronghold in Syria, and blown up a command post, a training center and a munitions depot. He will extend the State of Emergency to three months; propose changes to the Constitution that would allow for a quicker government response in these extraordinary circumstances; speed up the deportation of foreigners who pose a threat to France; create 5000 extra police posts, and call for greater European efforts in fighting arms trafficking, as well as heavier penalties for it in France. 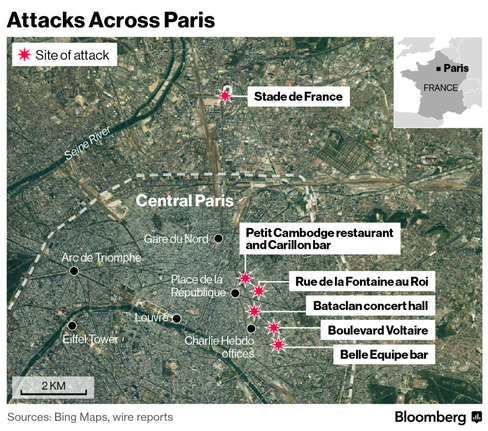 Two days after this speech, an early morning police raid on an apartment in the Paris suburb of Saint Denis ended with two people dead and seven arrested. The raid took seven hours, wounded five policemen and nearly destroyed the apartment that was protected by heavy steel-plated doors, before it was all over. The police had acted on a tip that a group of people, housed at that address, might be preparing another attack, and that Abdelhamid Abaaoud, the presumed mastermind of the Paris attacks, might be among them. The amount of assault weapons and explosives found at the site confirmed the suspicions, but it wasn't until two days later that it could be confirmed that the unrecognizable human remains found in the rubble were those of Abaaoud.

The rapid police action and the heightened vigilance are reassuring, but it can never be enough to beat the enemy within. And there is the greatest problem of all: most of last week's terrorists were French. Young men born and raised in France, where life is so gentle and living conditions the envy of many, where their parents and grandparents found refuge from poverty or persecution, where there is no state religion but where all faiths are freely practised, and yet... where they grew to hate this country with such passion that they want its destruction. This alienated group of young men (and some women), often unemployed and from poor backgrounds, often convicted of minor crimes, has been radicalized in jail or fallen prey to fundamentalist imams or jihadist internet sites, and today forms a well-trained army of "avengers" ready to kill their own fellow citizens. More than 500 young Frenchmen are said to have joined ISIS in Syria and Iraq, and at least 100 of them have come back after training. Germany, Belgium and The Netherlands each have their share of "foreign fighters," raising serious questions about the porosity of Europe's borders and the apparent lack of intelligence sharing. 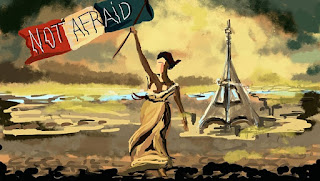 A week after the attacks, public reaction ranges from defiance to fear and anger. The un-afraid ones have largely ignored the government's calls to stay home, and the day after the attacks gathered again around the statue of Marianne, symbol of the French Republic, on the Place de la République. Others, refusing to let terrorists dictate their lives, returned to their favorite bars and terrasses for a drink or a cup of coffee, as they have always done. Last night at 9:20 PM, the exact time of the first attack, a young crowd gathered again at the Place de la République, first to pay homage to the victims and then to fan out to all the bars and restaurants in the neighborhood where they partied and danced the night away, clearly visible to all. Il Faut Vivre! was their response.

Most, however, are more fearful and alarmed at this new danger among us:  the deadly violence from within, committed by people who went to school with our children, who loved our ways and our sports, who were like us until the day they pronounced us all infidels, not worthy of living. 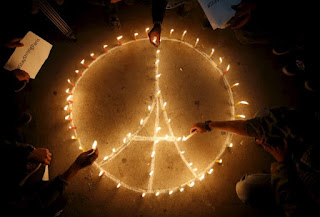 As government leaders talk of democracy and human rights, and of France as a multi-cultural, tolerant and generous nation, there are those who say these are alien concepts to the hate-driven jihadist who knows no law but his own and does not value life. And who therefore no longer has a place in a civilized society − an open door to Le Front National, the far-right islamophobic and anti-immigrant party of Marine Le Pen who lost no time in calling for President Hollande's resignation. Opposition leader Nicolas Sarkozy of the center-right Les Républicains party, took Hollande to task for not drawing the lessons from the January attack on Charlie Hebdo magazine. Additional potshots came from the hard left and the right, all of which is bound to have an effect on the French regional elections set to take place on December 6 and 13.

It is regrettable that one of the Paris attackers was identified as a Syrian national who sneaked into France via Greece by posing as a refugee. Already, in certain circles voices are being raised against the refugees who are still being processed for admission to EU member states and who have braved great danger and hardship in their flight from war and terrorism in their home countries. The many thousands of refugees still in transit risk becoming collateral damage in this jihadist war being waged on French soil. Rejecting these refugees now would spell the end of the European Union as we know it and represent a huge moral failure. 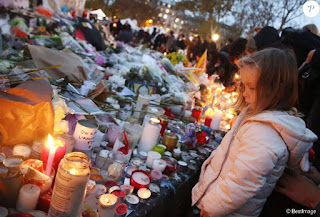 It is vitally important that this murderous movement of religious fanaticism be attacked at its source, particularly in Syria and Iraq, if we want to keep it from taking hold in Europe. France has been doing so since 2013 with military interventions in West Africa, where it pushed Al Qaeda out of Mali and where it maintains a limited force to protect the Sahel region from Islamic militant incursions. It effected air strikes in Iraq in 2014 and in Syria today, where it is the only European country to join the US in air strikes against ISIS. Today it is paying the price for its leading role.

It is now asking its European partners for military assistance, invoking Article 42.7 of the Lisbon Treaty (if one EU member is attacked, all others are to come to its aid). It has also submitted a draft resolution to the UN Security Council that condemns the Paris attacks and calls for a redoubling of counter-terrorism efforts. This Resolution has just been unanimously adopted.

France remains on high alert, its police, military and intelligence services all fully engaged. The large week-long UN Climate Conference in Paris starting on November 30th − a big job for security forces at the best of times − represents a huge challenge, with more than 100 world leaders in attendance as well as delegations from 195 countries. Although canceling the event was never an option, the French government has just decided in a last-minute reversal that it will not allow any mass demonstrations during the Conference. In closed spaces, however, where security can be provided, demonstrations can be held, the authorities said.

It has been quite a week in France. This land of leisure, of culture, of live-and-let-live and of the enviable lifestyle, has been shaken from its complacency by cold-blooded barbarians who dealt death and destruction where they found the simple pleasures of eating out or listening to music. In their twisted interpretation of the Koran, enjoying life is a sin for which the punishment, in the name of Allah, is the death penalty. The dark ages are back. How do we respond to this kind of war, to this blind hatred, to these cavemen with Kalashnikovs?! 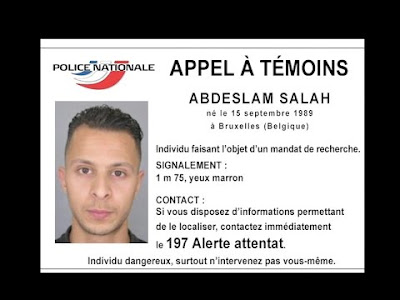 Let's hope that we have seen the last of them, so that we can begin to focus on what needs improving or rethinking: better cooperation between intelligence services; improved border checks; a coordinated worldwide effort to cut off the financial sources of the Islamic State; expulse dangerous imams; find a way to prevent young people from joining IS through education, job programs, sports programs, etc.  The list is long and the need urgent.

And we're not finished. In neighboring Belgium the city of Brussels has just been put on the highest alert level on fears of a "serious and imminent terrorist attack". Recent police raids have resulted in numerous arrests, but fugitive Salah Abdeslam, one of the Paris attackers who managed to get back to Belgium, is still at large. It is thought that he is back in Brussels, where this weekend all cultural and sports events have been cancelled and the metro system closed. 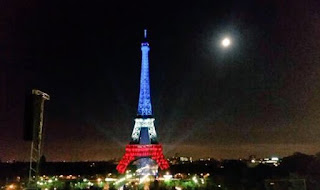 Our gentle world has changed and our lights have temporarily dimmed, but give us time and they will burn bright again. We're all in this together. If we join our efforts, our hopes, our brain power and our determination, there is no reason why we cannot get rid of this rot, this cancer in our midst that is ISIS, and regain the peaceful existence we all deserve.


AUX ARMES CITOYENS!  The time has come to fight back for what we hold dear.