Two long-running legal cases were finally wrapped up this month. 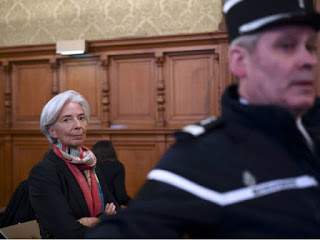 After five days of hearings by the Cour de Justice de la République (CJR), which judges wrongdoing by government officials, Christine Lagarde was found guilty of the charge of "negligence by a person in a position of public authority" but spared the potential penalty of a one-year prison term and a fine. The public prosecutor had recommended acquittal based on a "weak" case. Lagarde stood accused of mishandling the arbitration of Bernard Tapie vs the partly state-owned Crédit Lyonnais bank when she allowed a payoff of more than €400 million with public funds in 2008 while she was Finance Minister under president Nicolas Sarkozy (see blog 12/21/15).

The lead judge of the CJR, which is made up of three judges and 12 members of parliament, said the sentence was dropped in consideration of the exceptional circumstances of Lagarde's difficult job as Finance Minister during the financial crisis of 2008 and of her strong reputation. The court saw no objection to her acceptance of arbitration but felt she should have contested the excessive payout, as the Treasury had recommended at the time.

The matter of Tapie vs CL had originated in 1994 and after some 14 years of litigation ended on Lagarde's desk when Tapie asked for arbitration to bring this case to a conclusion. The three arbitrators found in favor of Tapie who was awarded €403 million, to be paid from public funds since the CL bank had since gone bankrupt. This huge award of taxpayers' money and rumors of the doubtful neutrality of one of the arbitrators caused the Socialist opposition party to demand a special investigation, and in 2015 the Paris appeals court annulled the award and ordered Tapie to repay.

Back in Washington after the grueling week-long trial in Paris, Christine Lagarde commented that she was not satisfied with the judgment but needed to put this five-year ordeal behind her and focus fully on her work as head of the IMF. Following the verdict, the IMF Board immediately expressed its "full confidence in the managing director's ability to effectively continue to carry out her duties".

Although some experts agree that the legal case against her was weak, the matter was politically sensitive. As a person close to Lagarde said: "You have to take into account the long-running resentment of the judiciary power against the executive power, and the political dynamic among the MPs, between the left and the right." President Hollande's statement that "the judiciary is an institution of cowards" as quoted in the book A President Should Not Say That… (blog 12/05/16) is still ringing in our ears.

Last week the Appeals Court of Aix-en-Provence upheld the verdict of the 2-year suspended prison sentence against Mr. and Mrs. Le Guennec pronounced by the criminal court in Grasse in 2015 in the case brought by the Picasso Administration for theft of artwork (blog 11/03/16). Pierre le Guennec, 77,who had been Picasso's electrician for a number of years, claimed that the 271 unsigned drawings in his possession were a gift from Picasso's widow Jacqueline, but the court found his testimony not credible. This verdict effectively spells the end of a 6-year saga that began in 2010, when Le Guennec took some of the unsigned drawings to Claude Picasso in Paris for authentication.

I attended the reading of the verdict and was struck by the fact that Le Guennec was alone, without his wife, who is seriously ill, but also without his lawyer Eric Dupond-Moretti. The latter takes on mostly high-profile cases and rarely misses an opportunity to be seen and heard on television. His assistant Antoine Vey did not attend either. The Picasso Administration, on the other hand, was represented by two lawyers.The presiding judge read the verdict in a rapid monotone, citing several fines to be paid by defendants according to Articles X or Y, then said "Do you understand, Mr. Le Guennec?" and that was it. Le Guennec's response, if any, had been inaudible but plaintiffs' lawyers packed up their briefcases and rushed out to meet the press, as the judge moved on to the next case. Barely three minutes had passed.

I walked out with Le Guennec and asked him if he knew the Articles the judge had been referring to. He said No, nor did he seem to know why his lawyer was not there. Clearly, Dupond-Moretti's line of defense of the simple but honest little guy who receives a gift that he carefully stores and protects for 40 years before asking for authentication from Claude Picasso did not convince. The plaintiffs' argument that Le Guennec and his wife were part of a sophisticated ring of art thieves won out. Defendant did not have a signed receipt for the gift from Jacqueline Picasso and, besides, had lied during the first trial and could therefore not be believed on anything else. No further evidence needed. Case closed.

In the cold light of the law there may be no such thing as an outright gift made to a faithful servant by a deeply despondent woman who later kills herself. It was known that Jacqueline hated Claude Picasso and she may have wanted to hide the box of uncatalogued artwork from Claude. Even Jacqueline's daughter considered that scenario not impossible, until she changed her mind later. And who can say for sure that Jacqueline did not gave other unregistered artwork away? Why did Le Guennec wait 40 years before seeking authentication if he was part of an organization of art thieves? Is proof of guilt not just as important as proof of innocence?

My close-up view of this case has left me with some unanswered questions, and with one certainty: the best lawyer always wins. But is it justice?


And Then It Was Christmas...

… and time to wish you Happy Holidays and a new year of PEACE for all mankind.
Far-fetched, you think? Let's just dream a little, especially at this time. 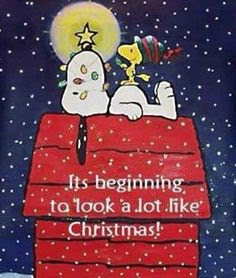