This month saw the beginning of the ultimate test between two powers, the government and labor unions, which currently are at opposite ends of the issue of reform of the French national railroad system SNCF. At stake is the special statute of French railroad workers (cheminots) who since the early days of the coal-fired train engines have been guaranteed a job for life and early retirement (at age 50 to 52 for train conductors). During the 30-year economic boom in France following World War II (Les Trente Glorieuses), there was little reason not to reward workers in "hardship jobs" with special incentives, but in today's world of straitened circumstances and globalized competition, it is difficult to defend this costly privilege for a modernized rail system, especially when the heavily indebted state-owned train operator SNCF is losing €3 billion a year. Earlier attempts at rail reform have failed, notably in late 1995 when a 3-week transportation strike brought the country to a virtual standstill and led to the resignation of then-Prime Minister Alain Juppé.

Today, four unions are joined in protest against the government's rail reform plans for the hemorrhaging SNCF, agreeing on a series of rolling strikes for a duration of three months. The first strike occurred on Tuesday and Wednesday, April 3rd and 4th, following the Easter weekend, and was particularly disruptive when Air France employees joined the strike after their negotiations for a 6 percent wage increase ended in failure, thus severely curtailing rail and air traffic simultaneously, both for commuters and for returning vacationers. The rolling strikes will consist of two days of striking followed by three days of work followed by two days of strikes, until the end of June. The SNCF moves 4.5 million people per day, and after the first week (four days of shutdown) the strike had cost the company €100 million euros already, according to its CEO Guillaume Pepy. 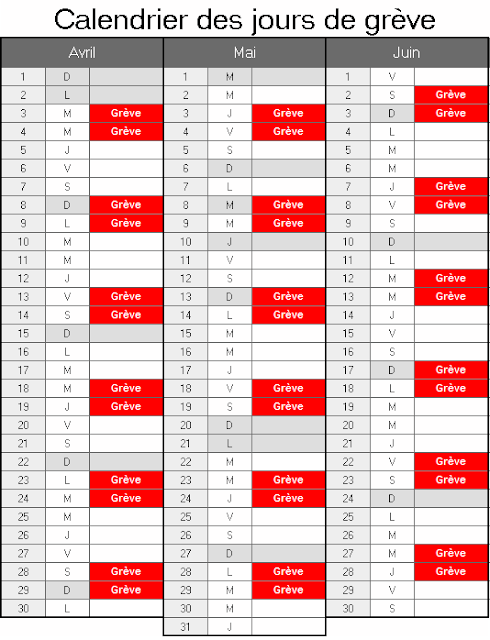 Last year, Emmanuel Macron campaigned and won on a promise to modernize France, which voters widely approved of. He intends to make the SNCF more efficient and economically viable before passenger traffic is opened up to foreign competition in the coming years, as required by the European Union rules. He also envisions turning the SNCF into a publicly listed company with the government retaining 100% of the shares. 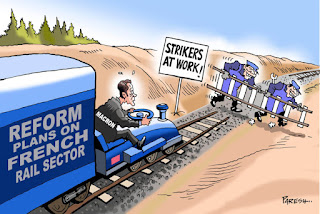 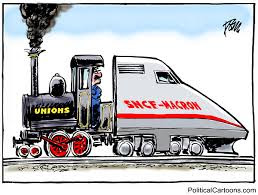 Meanwhile, other public sectors have been protesting and threatening action against government cutbacks, notably in the areas of garbage collection, energy, and civil service. Mindful of Prime Minister Edouard Philippe's statement that the rail reforms will be passed by decree, if necessary, the rail unions are digging in and hope that their cause will be helped by the growing social discontent elsewhere.

A recent incident at the University of Montpellier may play out in the strikers' favor if protesting students decide to join the striking cheminots.
Every French student with a Baccalaureate diploma has a right to go to the nearest university, which has led to popular subjects such as law and psychology to be heavily oversubscribed and prompted the introduction of an unpopular lottery system that allows universities to select students on merit where demand is highest. But about 60 percent of all students drop out or change majors after their first year at university, which President Macron claims is due to a lack of specialization in high school. He proposes to phase out the lottery and tighten the entrance requirements to university by orienting high school students earlier on towards future careers. The response has been mixed, with students and teachers (and their unions) announcing protests against this reform which they say forces high-school students too early into making career choices.

It was at one of these protests against school reform last month, at the law faculty of the university of Montpellier, that things got out of hand when a group of masked men broke up a student sit-in with batons and baseball bats. Several students lodged complaints with the police and the Minister for Higher Education called for an official inquiry, while Montpellier University launched its own investigation as well. It soon turned out that the Dean of the School of Law had himself called for his lecture hall to be evacuated by the hoodlums and he was forced to resign. Students at Lille University then called for nationwide protests against Macron's school reforms which, they feel, threaten France's tradition of education for all. A dozen major universities immediately followed suit and the protests have since spread to many others. Earlier this week, students at the universities of Bordeaux, Strasbourg, Lille and Lyon decided to join France's railworkers in their second day of strikes. It seems not impossible that this student protest movement may balloon into a second "Mai '68" revolt that turned into a game changer for France and the government of General de Gaulle. The possible convergence of large numbers of protestors from many different sectors with the air- and rail-transport strikers carries the risk of overwhelming the Macron reform message and taking on a life of its own. 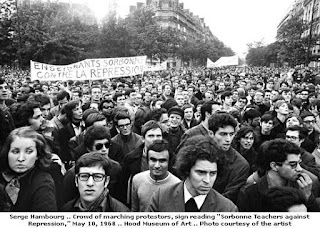 It is worth remembering that an unintended by-product of the student uprising of May 1968, which was mostly about sexual freedom, was a worker revolt with wildcat and general strikes by some 11 million workers − the largest strike movement France has ever seen − that resulted in a shortened workweek, wage increases across the board, and mandatory worker-employer councils (as well as a weakened president de Gaulle who resigned a year later). Today, a whiff of nostalgia still hangs over "Mai '68" which some will choose to remember as a time of social and cultural change provoked by students, while others are mindful of the near collapse of the French economy following two weeks of virtual nationwide paralysis.

President Macron's reform agenda is bound to run into resistance, but he seems prepared for it and his party's majority in Parliament gives him a margin of comfort. Yet, having promised to do what earlier governments could not, this crucial railway reform may be the make-or-break point of his presidency, especially if public opinion can be swayed by massive discontent. Not only France will be watching this contest closely, but so will the European Union that has come to see Emmanuel Macron as their leader after Angela Merkel lost control of her party. If he fails to pass this reform which a slight majority of the French electorate supports, he will lose all the goodwill he has earned so far and weaken his chances at further reforms. It would also diminish Macron's strong pro-Europe voice amid rising nationalism in eastern Europe and political uncertainty in Italy. 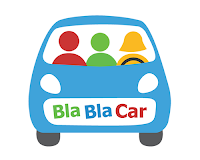 Meanwhile, the unions are filling their coffers with sympathizers' contributions to support a long strike, while commuters are finding solutions that vary from working at home on strike days to carpooling which never really appealed to the individualistic French. In fact, it was during the chaotic first two-day strike at Easter time that many of the stranded travelers first discovered the benefits of long-distance ride-sharing services such as BlaBlaCar that got them safely home hundreds of kilometers away. This young French company, which now operates in 22 countries (not in the US) and has become the biggest long-distance car-sharing service in the world, even offered free rides on strike days via its BlaBlaLines to the first 60,000 commuters to sign up for rides to and from work that are less than 80 km. Way to go!

Of course, this too will pass, and sooner or later the trains will roll again. But some long-distance travelers may now prefer BlaBlaCar that not only matches offer with demand but also allows the client to choose the best-matched driver by indicating that he/she is a Bla (not talkative) or a BlaBlaBla (very chatty). Now, how is that for luxury?!

Considering that some of the two-day strikes will fall on a weekend and that we will soon be entering the month of May with its fewest workdays of the year (four national holidays), there is little reason for the French not to plan their usual get-aways in May, and for foreigners not to visit France as long as they keep an eye on the strike schedule. 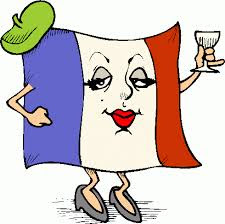