On Sunday May 26th France voted for the election of its representatives to the European Parliament in Strasbourg. As European citizens domiciled in France, my husband and I participated in this election, which brought nearly 52 percent of voters to the polls, 10 percent more than in 2014.

But things have changed since the last EU Parliament elections five years ago, when Brexit was still unheard of, when nationalism and Euroscepticism were timid yet, when Angela Merkel was still France’s strongest European ally; and when Marine Le Pen still worked in the shadow of her controversial father, founder of the far-right Front National party, before she managed to expel him, renamed the party Rassemblement National (RN) and ran for the presidency against Emmanuel Macron in 2017 on an anti-immigrant, Eurosceptic platform. She was soundly defeated in her presidential bid, but she got her revenge when she narrowly beat Macron’s party in these European elections, where after Brexit each will have 23 deputies in the new European Parliament.


The big surprise of these elections in France was the dismal score of the conservative parties of the right and the strong performance of the green parties, largely due to the increased participation of young voters and a heightened concern about climate change. Also worth noting was the absence of any effect of the Gilets Jaunes on these elections, who collected less than one percent of the votes.

In fact, after six months of their noisy presence on the French streets and in the media, the Gilets Jaunes protest movement is dying a quiet death today and will soon be gone. The leaderless Yellow Vest demonstrators, unaligned with any political party, were surprisingly successful in their early days when a majority of the public supported their fight for social and fiscal justice, but the longer their weekly protests lasted the more destructive they became and the more muddled their message. Their ill-advised alliance with the dreaded Black Bloc anarchists finally did them in. Nevertheless, their protests were not in vain and resulted in the government giving a boost of purchasing power to the lower and middle classes with measures totalling 17 billion euros in total.

The pre-election appearance of former Trump adviser Steve Bannon on the European scene may have played some minor role in the gains of the far right to the detriment of the traditional center-right and center-left. On his dark, self-appointed mission to Europe, this sinister outsider huddled with Eurosceptic leaders in Eastern Europe, France and Italy, and created a Brussels-based foundation
named The Movement in an attempt to spark a populist far-right revolt in the EU elections. When several French politicians accused him of “untimely meddling” in French politics, he replied “I wear that as a badge of honor.”  Duly noted, but no cause for real concern. To date, there has been no rush to Bannon’s foundation, and the center-right European People’s Party (EPP) retains a comfortable majority in the new European Parliament.

Not quite yet. Following Theresa May’s resignation effective June 7 and an as-yet unknown successor as Prime Minister, the Brexit issue remains a major problem for the UK and a thorn in the side of the European Union. Unless the deadline will be extended again, the UK is set to leave the EU on October 31 of this year, yet as a full member until such leaving the Brits had to vote in these European elections which Nigel Farage’s Brexit party won decisively. This gave the Brexiters a significant part of the 73 UK seats in a EU Parliament that represents the interests of the more than 500 million citizens of its 28 member countries, where they will pad the ranks of the growing group of Eurosceptic and anti-immigrant MEPs. These new Brexit-party deputies, considered “temporary” until the effective Brexit date, will therefore be participating in voting for the EU budget before September.

The paradox is clear: if the UK were to choose a hard Brexit on October 31, the added weight of the new Farage deputies at a critical time (voting on the budget) may weaken an institution they do not support and intend to leave soon. Even though they occupy only a minority of seats in the Parliament and pose no threat to the EU agenda, they could slow down the decision-making process and potentially bloc legislation.
The already complicated co-existence of 28 countries under the European Union has just become a bit more fractious. According to Belgian politician Guy Verhofstadt, the British pro-Farage vote has poisoned the election, and now will “import the Brexit mess into EU politics.”

On Friday afternoon, 24 May, a parcel bomb exploded in a crowded shopping street in Lyon, France's third largest city, injuring 13 people. The perpetrator got away but three days later was tracked down near his home in Lyon, where he lived with his Algerian parents. Identified as Algerian citizen Mohamed Hichem M., the 24-year old IT student had entered France in late August 2017 on a tourist visa.

At his home police found traces of the same explosive used in the 2015 terrorist attacks in Paris, as well as computer evidence of internet orders for some of the bomb’s components. His parents and another family member were arrested as well but released two days later. After initially denying any involvement, the suspect finally admitted that he had made the bomb and placed it in front of a bakery on a pedestrian street in the center of town. He has also admitted to have pledged allegiance to the Islamic State (IS) and has been formally charged with attempted murder and terrorist conspiracy.

Eleven of the thirteen victims, including a 10-year-old girl, were hospitalized with shrapnel wounds from the parcel bomb that contained small nails, screws and ball bearings. None of the injuries were life-threatening due to the fact that the charge was relatively weak, according to city officials.

France has been on high alert since the terrorist attacks in Paris in 2015 that killed 130 people, and the attack on a Christmas market in Strasbourg last December 11 that killed six. Islamic terrorism remains a latent threat in France, where some of the terrorists were French-born immigrants of North African origin who became radicalized in French prisons or mosques.
Lyon will host the women’s World Cup soccer semifinal on June 7 and the final on July 7 – no doubt under heightened security. 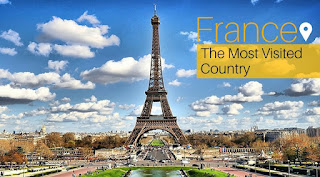 After a dip in tourism towards the end of last year, caused by the violence during the Gilets Jaunes demonsrations, official figures released recently show that overall tourism in 2019 was higher than the year before, and that today France is again the most-visited country of all. Considering the state of the world and its various degrees of risk to tourists (gun violence, political unrest) perhaps the French response is still the best: a Gallic shrug and another glass of wine.

Correction: While the Women's World Cup soccer matches will take place between June 7 and July 7, the city of Lyon will host the two semifinals on July 2 and 3, and the final match on July 7.

Posted by Anne-Marie Simons at 3:25 AM